A small and fast text editor written in V 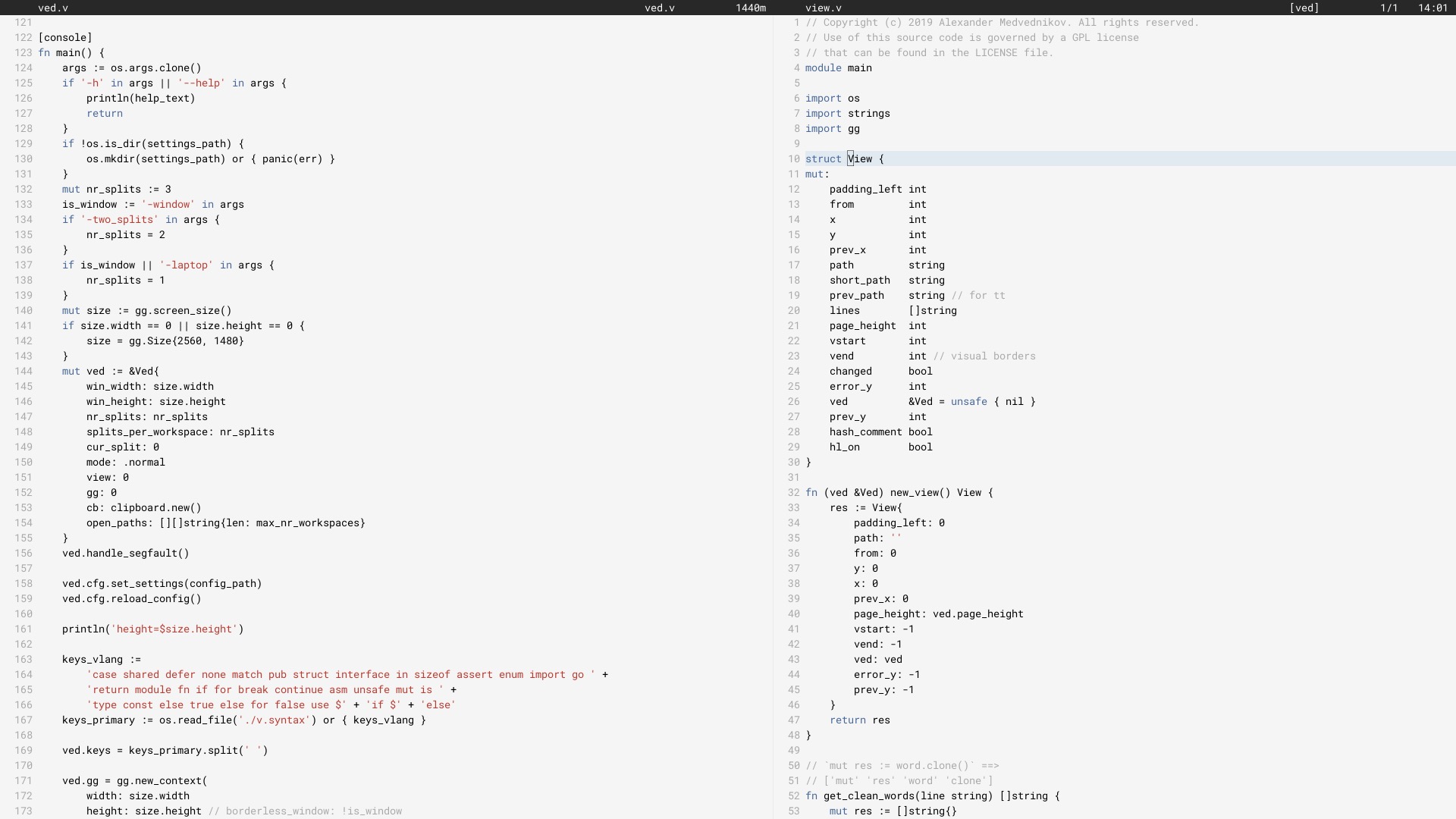 This is pre-alpha software.

It may not work for everyone. There are currently limitations that must be worked around. We are working on slowly improving the ved stability and user experience.

To configure the editor, please see the configuration section.

First you need to install V. This will take a couple of seconds.

Ved should build in under a second.

By default V's built-in font rendering is used, but there's an option to use freetype, which may provide better rendering for some users:

To use freetype, it must first be installed on your system. Follow the steps for your platform below.

If you don't want to touch the config file, you never have to! Ved does not create it by itself and it provides sensible defaults to get you started. If you are more adventurous, here is an example configuration file that contains all of the possible settings:

Ved works best with workspaces (directories with code). You can have multiple workspaces and quickly switch between them with C [ and C ].

C is ⌘ on macOS, Ctrl on all other systems.

The current vim system is hardcoded, which does not allow for any scalability. Fixing this is high on the the list of things to do.