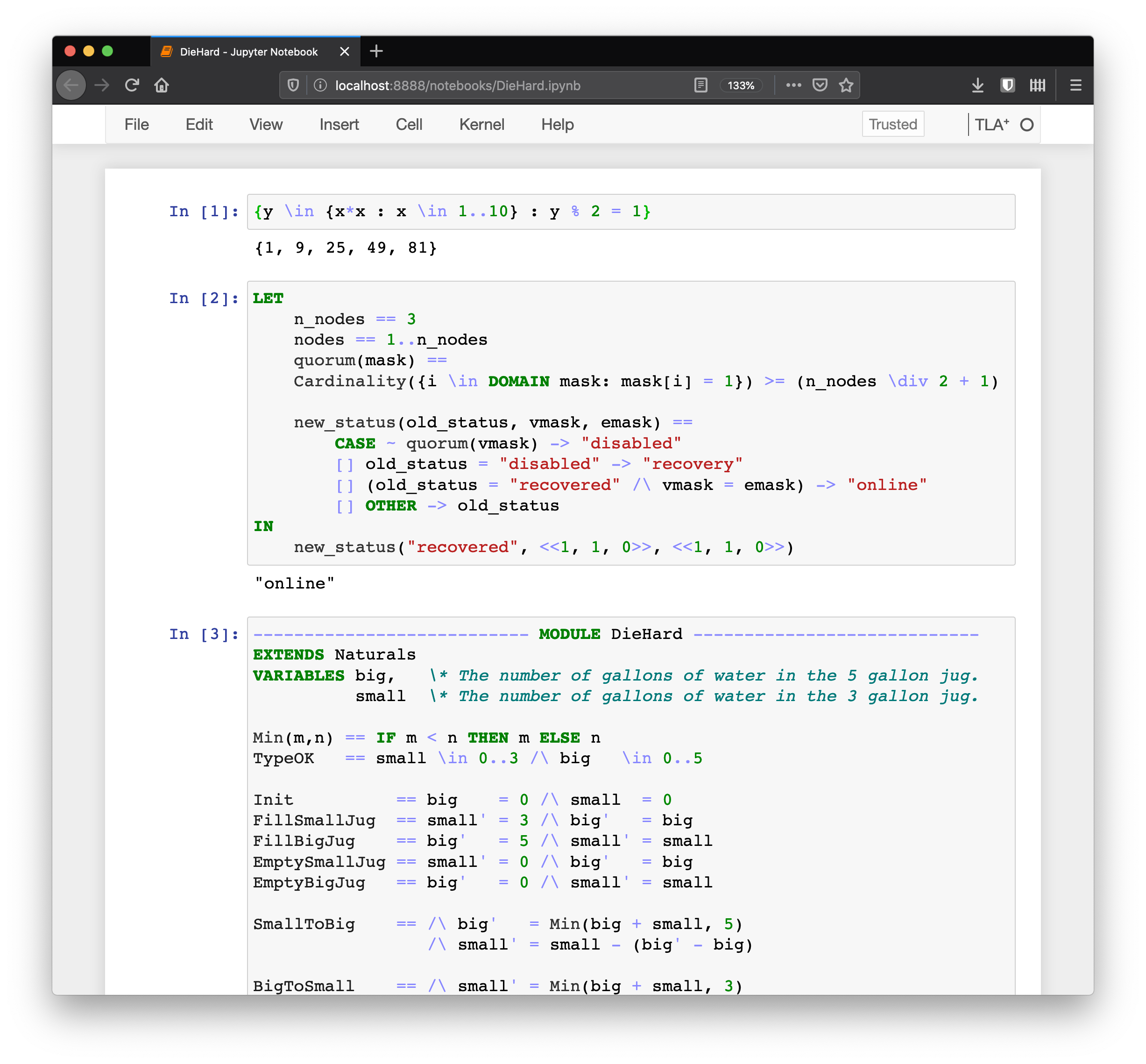 tlaplus_jupyter is a python package installable with pip. Python 2 and 3 are supported. To install run:

The last step will register tlaplus_jupyter as a Jupyter kernel in your system and will download tla2tools.jar. After that Jupyter can be started as usual:

To create a new TLA⁺ notebook click on the New button and select TLA⁺ in a dropdown menu. It is also handy to enable line numbering inside cells (View > Toggle Line Numbers) since syntax checker refers to problems by their line numbers.

Note that by default python -m tlaplus_jupyter.install enables TLC execution statistics collection. Pass --help to see how to opt out.

Basic usage is explained in an intro notebook.

TLA⁺ models shared on Github can be easily made runnable by coping Dockerfile to the repository root. After that, URL to such repo can be used at Binder to start a dynamic TLA⁺ environment.