Screenshot To Code Save

A neural network that transforms a design mock-up into a static website.

A detailed tutorial covering the code in this repository: Turning design mockups into code with deep learning.

Plug: ? Check out my 60-page guide, No ML Degree, on how to land a machine learning job without a degree.

The neural network is built in three iterations. Starting with a Hello World version, followed by the main neural network layers, and ending by training it to generalize.

The models are based on Tony Beltramelli's pix2code, and inspired by Airbnb's sketching interfaces, and Harvard's im2markup.

Note: only the Bootstrap version can generalize on new design mock-ups. It uses 16 domain-specific tokens which are translated into HTML/CSS. It has a 97% accuracy. The best model uses a GRU instead of an LSTM. This version can be trained on a few GPUs. The raw HTML version has potential to generalize, but is still unproven and requires a significant amount of GPUs to train. The current model is also trained on a homogeneous and small dataset, thus it's hard to tell how well it behaves on more complex layouts.

A quick overview of the process:

1) Give a design image to the trained neural network

2) The neural network converts the image into HTML markup 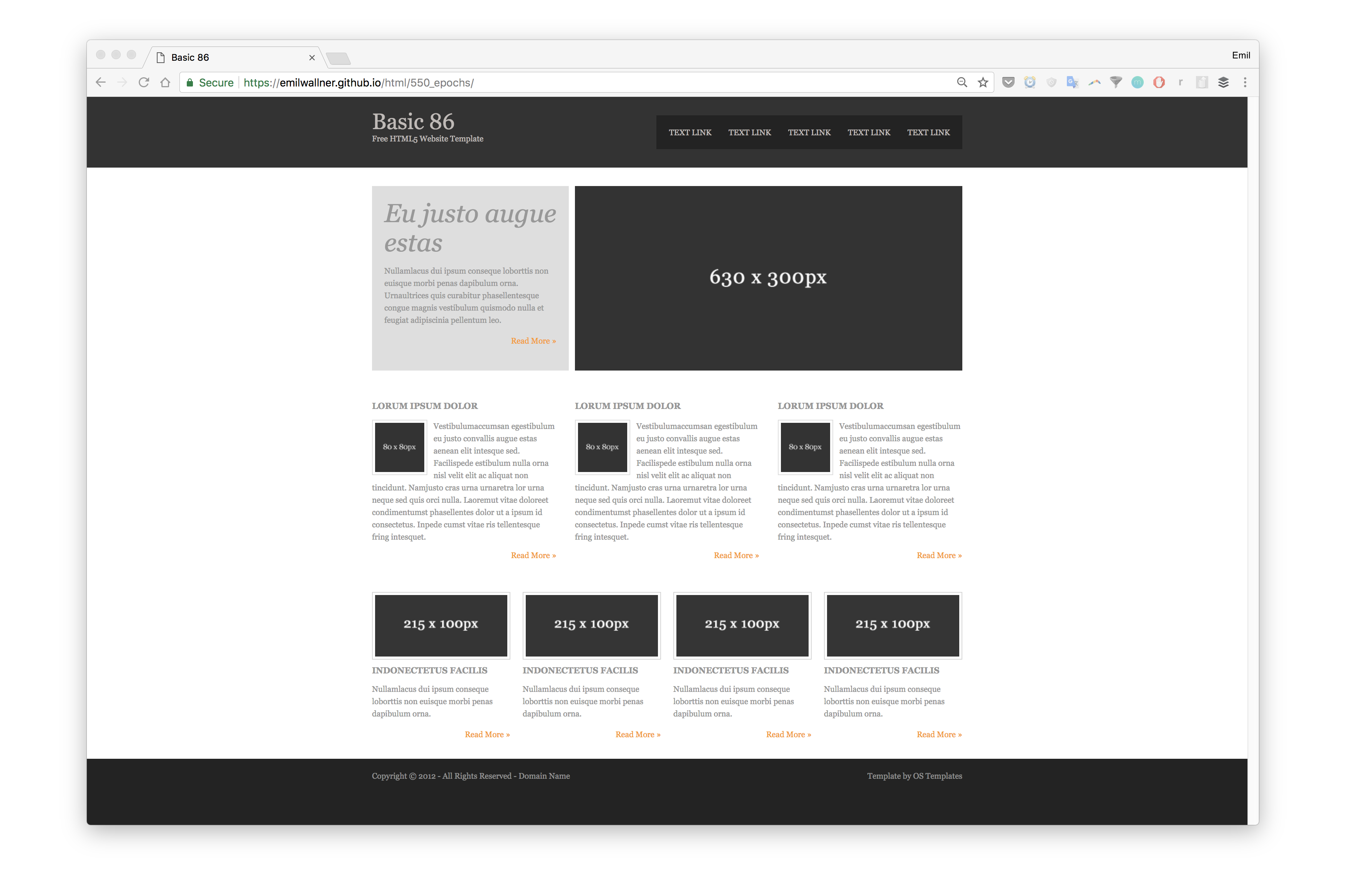 Click this button to open a Workspace on FloydHub where you will find the same environment and dataset used for the Bootstrap version. You can also find the trained models for testing.

Go do the desired notebook, files that end with '.ipynb'. To run the model, go to the menu then click on Cell > Run all

The final version, the Bootstrap version, is prepared with a small set to test run the model. If you want to try it with all the data, you need to download the data here: https://www.floydhub.com/emilwallner/datasets/imagetocode, and specify the correct dir_name.