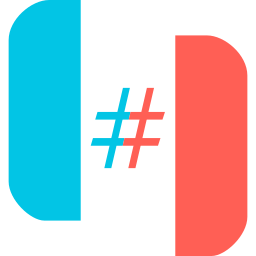 Ryujinx is an open-source Nintendo Switch emulator, created by gdkchan, written in C#. This emulator aims at providing excellent accuracy and performance, a user-friendly interface and consistent builds. It was written from scratch and development on the project began in September 2017. Ryujinx is available on Github under the MIT license.

As of September 2022, Ryujinx has been tested on approximately 3,600 titles; over 3,400 boot past menus and into gameplay, with roughly 2,700 of those being considered playable. You can check out the compatibility list here.
Anyone is free to submit a new game test or update an existing game test entry; simply follow the new issue template and testing guidelines, or post as a reply to the applicable game issue. Use the search function to see if a game has been tested already!

To run this emulator, your PC must be equipped with at least 8GB of RAM; failing to meet this requirement may result in a poor gameplay experience or unexpected crashes.

See our Setup & Configuration Guide on how to set up the emulator.

These builds are compiled automatically for each commit on the master branch. While we strive to ensure optimal stability and performance prior to pushing an update, our automated builds may be unstable or completely broken.

If you want to see details on updates to the emulator, you can visit our Changelog.

The latest automatic build for Windows, macOS, and Linux can be found on the Official Website.

If you wish to build the emulator yourself, follow these steps:

Either use git clone https://github.com/Ryujinx/Ryujinx on the command line to clone the repository or use Code --> Download zip button to get the files.

To build Ryujinx, open a command prompt inside the project directory. You can quickly access it on Windows by holding shift in File Explorer, then right clicking and selecting Open command window here. Then type the following command: dotnet build -c Release -o build the built files will be found in the newly created build directory.

Ryujinx system files are stored in the Ryujinx folder. This folder is located in the user folder, which can be accessed by clicking Open Ryujinx Folder under the File menu in the GUI.

If you have contributions, suggestions, need emulator support or just want to get in touch with the team, join our Discord server. You may also review our FAQ.

If you'd like to support the project financially, Ryujinx has an active Patreon campaign.

All developers working on the project do so in their free time, but the project has several expenses:

All funds received through Patreon are considered a donation to support the project. Patrons receive early access to progress reports and exclusive access to developer interviews.