What is Termux and What Can Do? 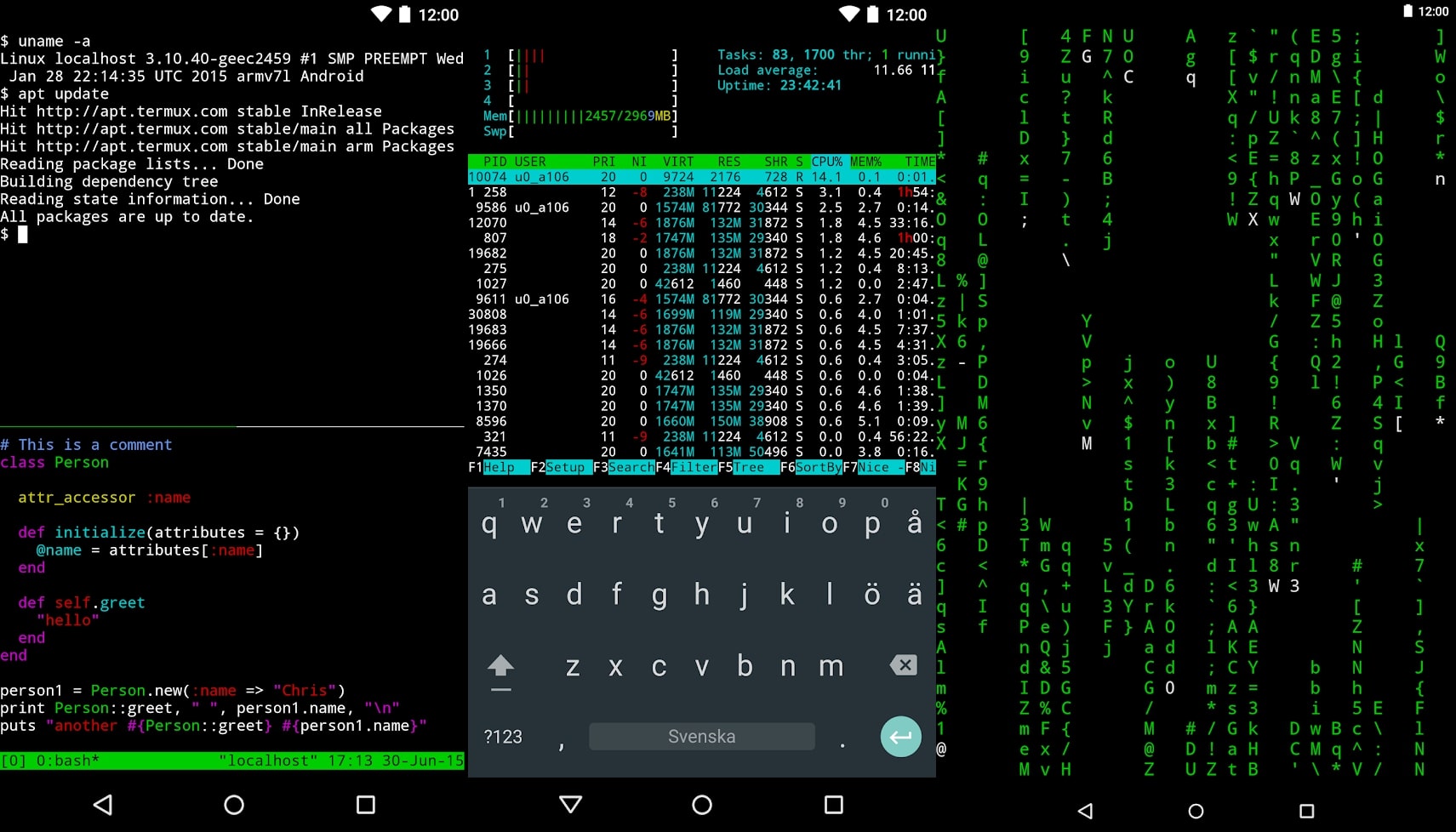 Termux is an Open Source terminal emulator for Android that can be installed and used without rooting or complex setup. A terminal emulator is a software application that enables access to a command-line interface (CLI) in a graphical environment.

The first Termux version was released in 2014. Currently, the latest version can be installed from F-Droid Store. The installation process is simple like any other Android application.

What can we do with Termux?

The main Termux app contains a small base system that can be extended with packages that can be installed with the APT package manager.

The Tasker add-on can be installed from F-Droid Store.

Rsync package for Termux enables the option to transfer and keep files updated across multiple devices.  Rsync is a Linux-based application also compatible with Mac and Windows. That is used to sync files between remote and local servers..

SSH (Secure Shell Protocol) is a cryptographic network protocol that provides a secure connection to remote hosts.  We can choose between two SHH clients, "OpenSSH" or "dropbear".

How to install OpenSSH on Termux?

To install the OpenSSH package run the  next commands: