A guide for setting up the nicest terminal Windows has ever had. 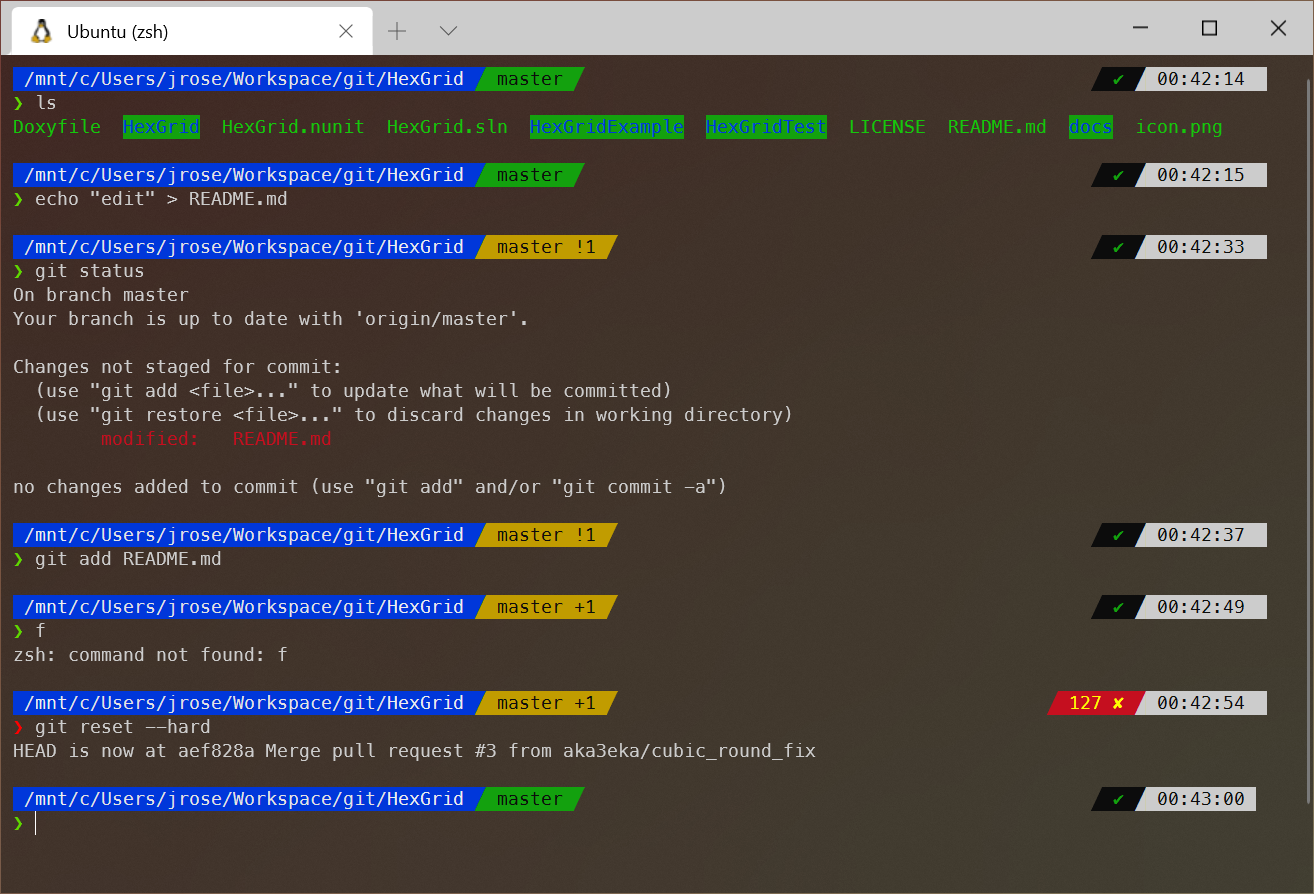 This is my Windows Terminal app running oh-my-zsh with the powerlevel10k theme installed. I don't provide instructions on how to set this specific theme up, however the configuration tool that comes with powerlevel10k is fantastic and it's easy to get a terminal set up that looks and behaves as nicely as what I have here once you finish this guide.

What am I looking at?

Finally, it's possible to have a decent Win10 terminal.

In this guide, my intent is to install a bash & zsh terminals onto a Windows 10 machine such that they:

I'm leaning on Microsoft's WSL install guide and it might be a valuable resource if you run into trouble. Also, this deep dive into WSL is very helpful if you want to get into the nitty gritty.

In the first phase of this process, we're going to install Windows Subsystem of Linux and get Ubuntu up and running within our Windows install so we have access to a bash terminal. This is already great, but is only a first step toward better things.

You can install just WSL1 or upgrade to WSL2. I use the older WSL1 personally, because WSL1 offers better Windows filesystem performance and all the files I work on are on my Windows drive. However, WSL2 may perform better if you keep the files you work with on your Linux filesystem. See this comparison for more details. It is worth noting that it's possible to use both versions on the same machine, but that's beyond the scope of this guide.

In the past, I used ConEmu or Cmder as a terminal app to centralize all of my terminals to one window. It's possible to run WSL terminals on apps such as these, but the setup is more complex than it needs to be. These days, the new Windows Terminal from Microsoft acts to merge all my terminals into one window and has out-of-the-box support for WSL and will run the Ubuntu bash terminal we installed above with zero configuration.

Here's the fun part. Let's get zsh installed and then spend hours fussing with it to make it pretty!

The instructions above cover the necessary steps to get zsh working and looking pretty, but there are some more things you might want to do to get the most out of this setup.

I'm offering this guide without warranty and I realize that eventually it will become obsolete somehow, so if you run into trouble I can't guarantee that I can help. That being said, I encourage people to post issues on this repo if you encounter problems or even if you just think something could be configured better or explained more easily. Please share your experience so I can attempt to make this guide better and learn from you.