View the site and extended docs.

The goal of this project is to create easy to use bash scripts in order to provision a Vagrant server.

Some further assumptions and self-imposed restrictions. If you find yourself needing or wanting the following, then other provisioning tool would better suited (Chef, Puppet, Ansible).

First, Copy the Vagrantfile from this repo. You may wish to use curl or wget to do this instead of cloning the repository.

The bit.ly link will always point to the master branch version of the Vagrantfile.

Second, edit the Vagrantfile and uncomment which scripts you'd like to run. You can uncomment them by removing the # character before the config.vm.provision line. 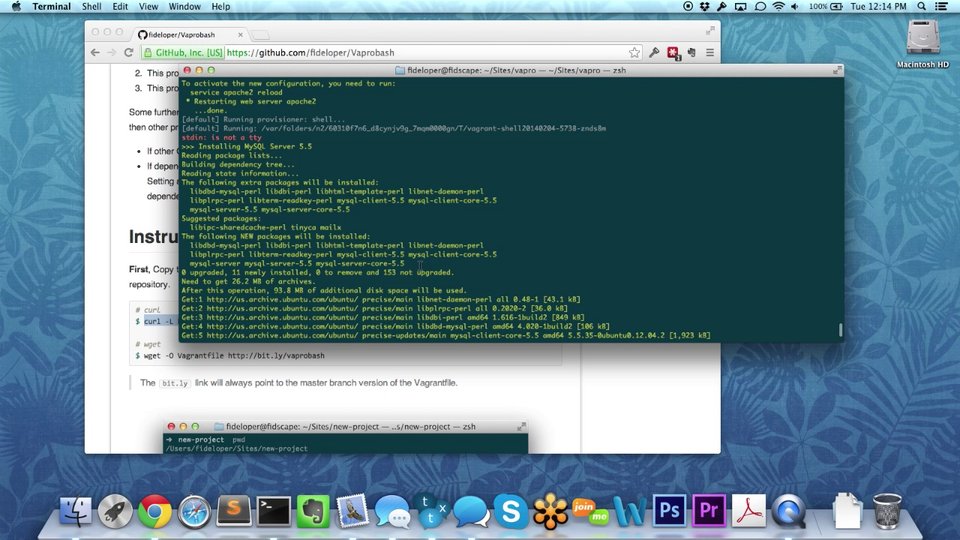 By default, NFS won't work on Windows. I suggest deleting the NFS block so Vagrant defaults back to its default file sync behavior.

Vagrant version 1.5 will have more file sharing options to explore as well!

View the site and extended docs.

What You Can Install

The vagrant file does three things you should take note of:

Connecting to MySQL from Sequel Pro: 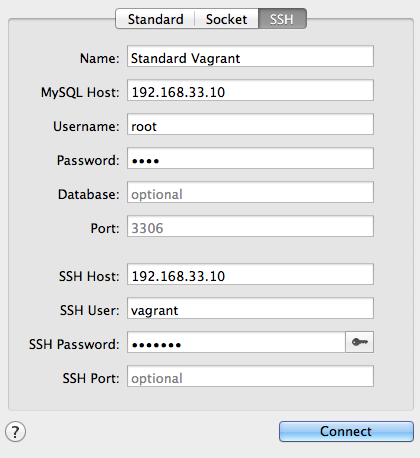 Do it! Any new install or improvement on existing ones are welcome! Please see the contributing doc.