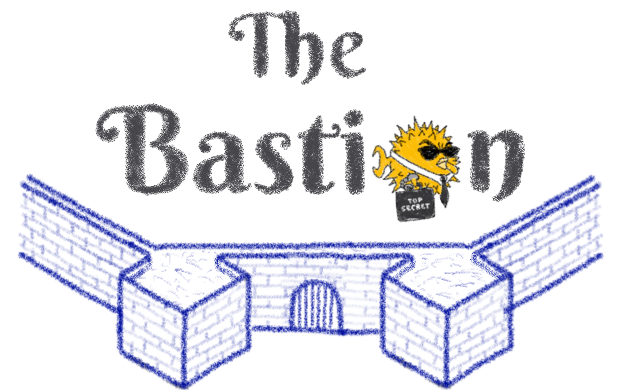 Bastions provides mechanisms for authentication, authorization, traceability and auditability for the whole infrastructure.

Learn more by reading the blog post series that announced the release: 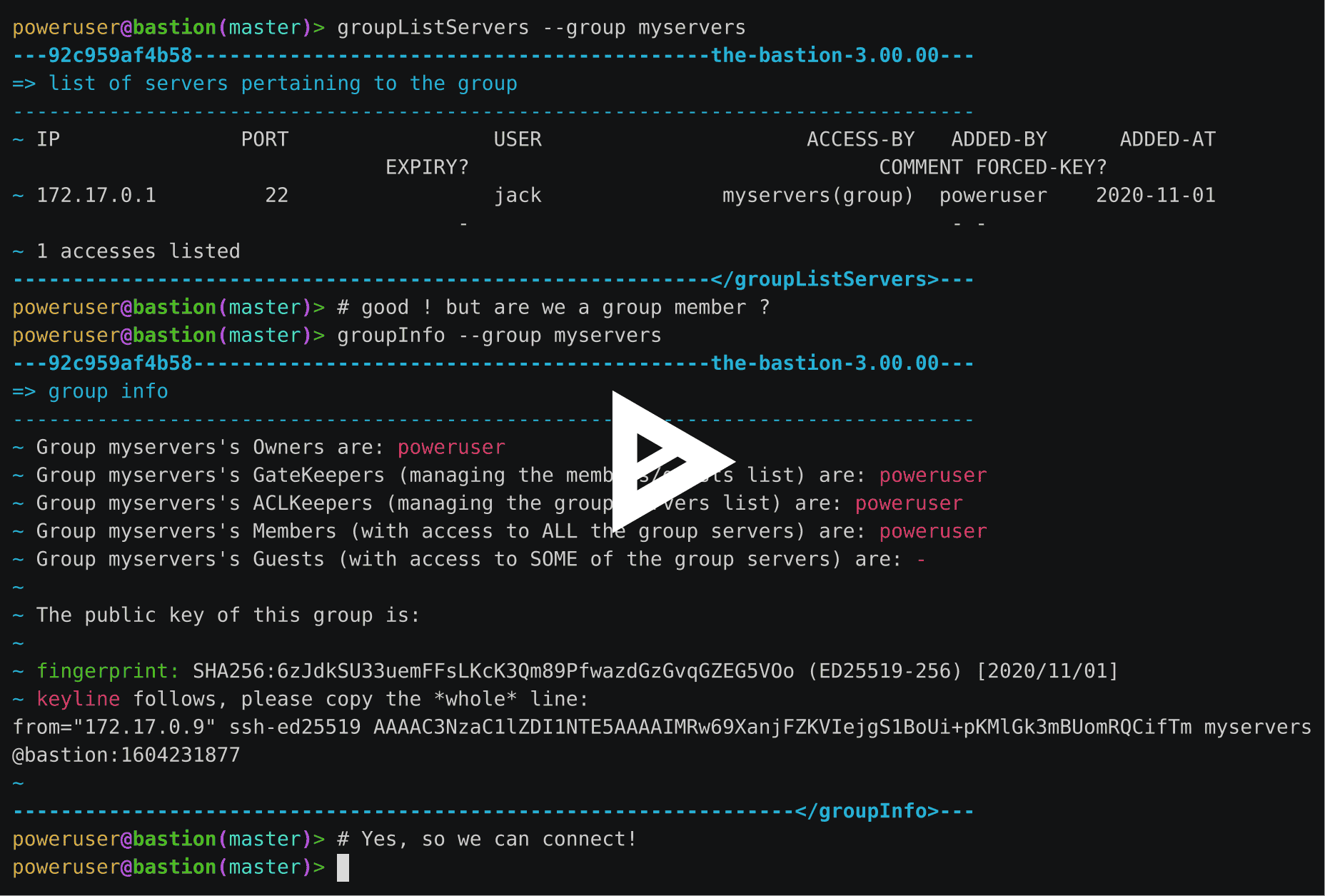 Please see the online documentation, or the corresponding text-based version found in the doc/ folder.

This is a good way to test The Bastion within seconds, but read the FAQ if you're serious about using containerization in production.

Get your public SSH key at hand, then configure the first administrator account:

We're now up and running with the default configuration! Let's setup a handy bastion alias, and test the info command:

It should greet you as being a bastion admin, which means you have access to all commands. Let's enter interactive mode:

This is useful to call several --osh plugins in a row. Now we can ask for help to see all plugins:

If you have a remote machine you want to try to connect to through the bastion, fetch your egress key:

Copy this public key to the remote machine's authorized_keys under the .ssh/ folder of the account you want to connect to, then:

Note that you can connect directly without using interactive mode, with:

That's it! Of course, there is a lot more to it, documentation is available under the doc/ folder and online. Be sure to check the help of the bastion (bastion --help) and the help of each osh plugin (bastion --osh command --help). Also don't forget to customize your bastion.conf file, which can be found in /etc/bastion/bastion.conf (for Linux).

Linux distros below are tested with each release, but as this is a security product, you are warmly advised to run it on the latest up-to-date stable version of your favorite OS:

*: Note that these versions have no out-of-the-box MFA support, as they lack packaged versions of pamtester, pam-google-authenticator, or both. Of course, you may compile those yourself. Any other so-called "modern" Linux version are not tested with each release, but should work with no or minor adjustments.

The following OS are also tested with each release:

**: Note that these have partial MFA support, due to their reduced set of available pam plugins. Support for either an additional password or TOTP factor can be configured, but not both at the same time. The code is actually known to work on FreeBSD/HardenedBSD 10+, but it's only regularly tested under 13.0.

Other BSD variants, such as OpenBSD and NetBSD, are unsupported as they have a severe limitation over the maximum number of supplementary groups, causing problems for group membership and restricted commands checks, as well as no filesystem-level ACL support and missing PAM support (hence no MFA).

Zero assumption on your environment

Nothing fancy is needed either on the ingress or the egress side of The Bastion to make it work.

In other words, only your good old ssh client is needed to connect through it, and on the other side, any standard sshd server will do the trick. This includes, for example, network devices on which you may not have the possibility to install any custom software.

:passport_control: Security at the core

Even with the most conservative, precautionous and paranoid coding process, code has bugs, so it shouldn't be trusted blindly. Hence the bastion doesn't trust its own code. It leverages the operating system security primitives to get additional security, as seen below.

Licensed under the Apache License, Version 2.0 (the "License"); you may not use this file except in compliance with the License. You may obtain a copy of the License at