One language to be RegExp's Successor. Visually readable and rich, technically safe and extended, naturally scalable, advanced, and optimized

Orchestra is a visual language that compiles into RegExp (as for ECMAScript.). It's replacement for the existing syntax of Regular Expressions and tries to build upon that a better language so developers can do more powerful stuff while having less pain. 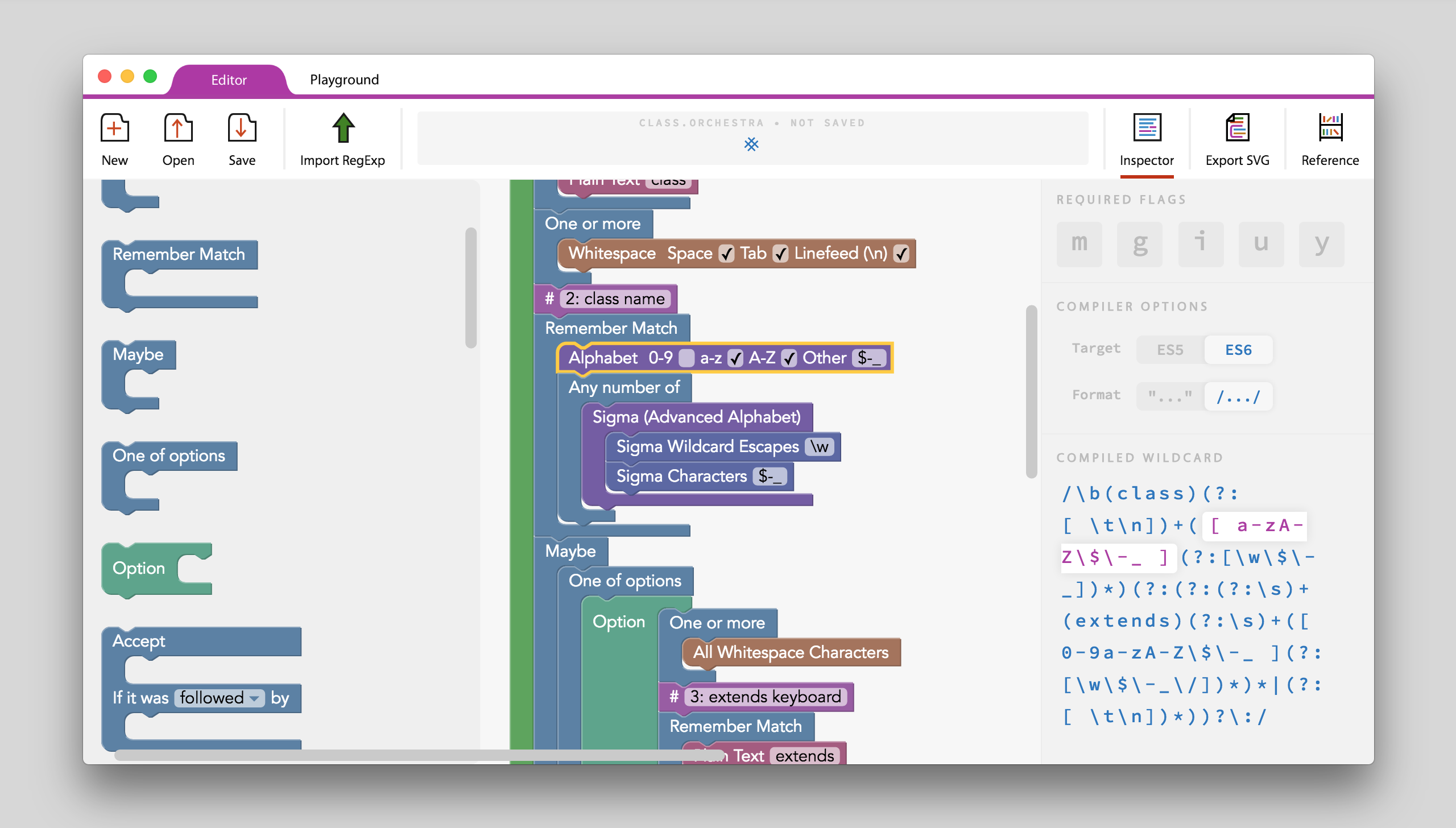 We also made Orchestra for ourselves in the first place which means we wanted it to be the best tool possible, therefore we added every feature that we thought is helpful and every tool we used in our production. We don't want people to be forced to do something in Orchestra and then configure the rest of their tools to work with the result, Orchestra is designed so that you do something and use it in production, nothing in between. All the popular tools for RegExp like RegExr, RegExpU, Babel and Regulex are integrated into Orchestra or we have made Orchestra in a way that you no longer need them. So all you have to do is to make the edit and use the compiled regexp in production.

It's a truly new language that gives you all sorts of possibilities and features you want from a powerful regular expression system.

Currently, we are working on a prototype version of Orchestra trying to find out the best shape for the software so some parts of the source code are not as pretty as they should be and our commits aren't the best commits one can make. Also, there might be buttons with no functionality or empty parts which you can expect from a work in the heavy development phase. For software in this phase, people mostly commit in private and make it public once it's ready. We believe in transparent development so we make this phase publicly visible but you have to be aware of what is the status of the repo. As we hit the first beta release this all will be over and you'll have a stable repo.