My experiments in weaponizing Nim (https://nim-lang.org/) 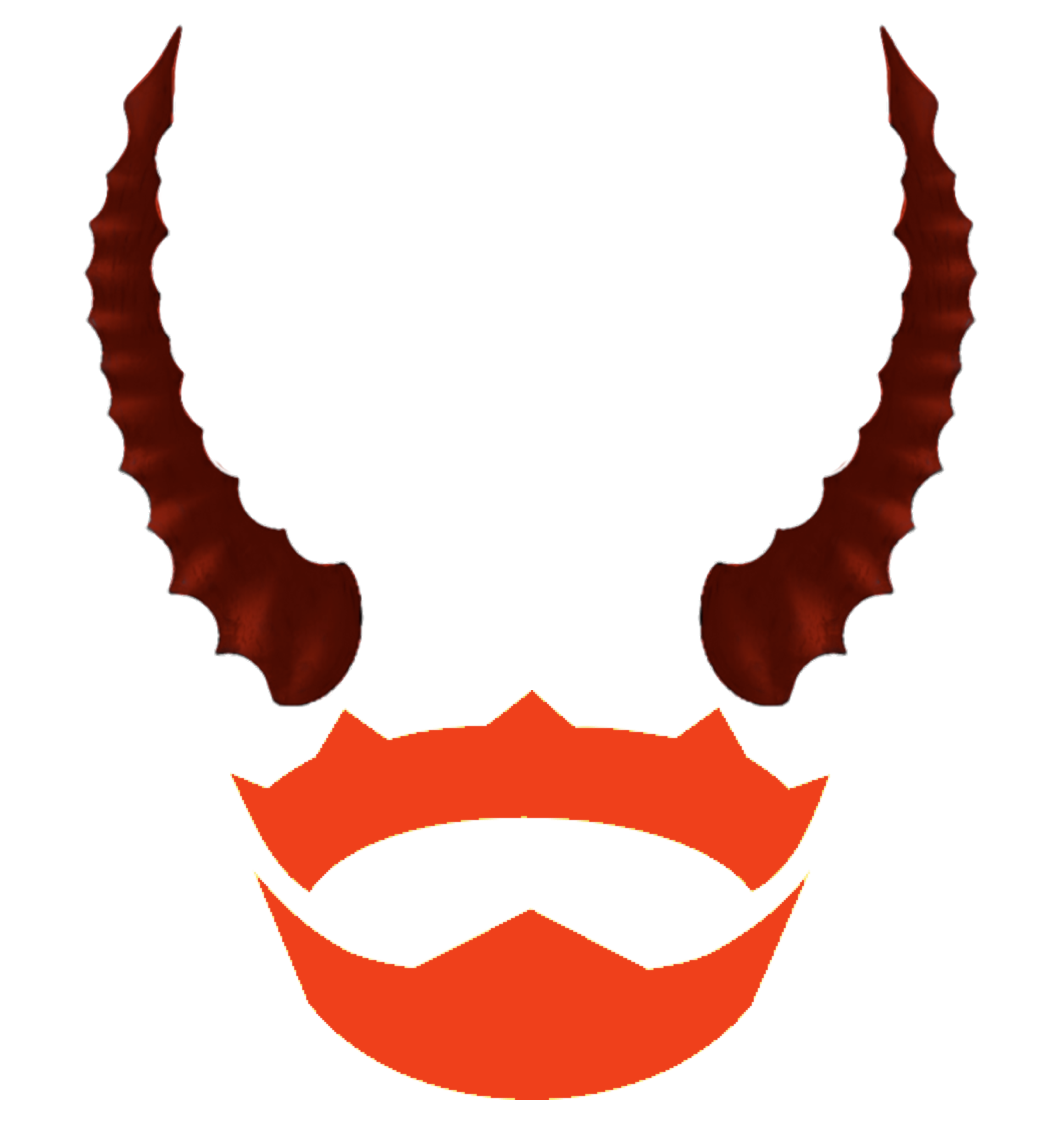 My experiments in weaponizing Nim for implant development and general offensive operations.

Examples in this repo that work

Examples that are a WIP

Compiling the examples in this repo

This repository does not provide binaries, you're gonna have to compile them yourself. This repo was setup to cross-compile the example Nim source files to Windows from Linux or MacOS.

Use VSCode Devcontainers to automatically setup a development environment for you (See the Setting Up a Dev Environment section). Once that's done simply run make.

Hard way (For the bold)

You should now have the nim & nimble commands available, the former is the Nim compiler and the latter is Nim's package manager.

Install the Mingw toolchain needed for cross-compilation to Windows (Not needed if you're compiling on Windows):

Finally, install the magnificent Winim library, along with zippy and nimcrypto

Then cd into the root of this repository and run make.

You should find the binaries and dlls in the bin/ directory

See the cross-compilation section in the Nim compiler usage guide, for a lot more details.

You then just have to pass the -d=mingw flag to the nim compiler.

See the insane FFI section in the Nim manual.

If you're familiar with csharps P/Invoke it's essentially the same concept albeit a looks a tad bit uglier:

For any complex Windows API calls use the Winim library, saves an insane amount of time and doesn't add too much to the executable size (see below) depending on how you import it.

Even has COM support!!!

Big thanks to the person who posted this on the Nim forum.

The Nim compiler tries to create a DllMain function for you automatically at compile time whenever you tell it to create a windows DLL, however, it doesn't actually export it for some reason. In order to have an exported DllMain you need to pass --nomain and define a DllMain function yourself with the appropriate pragmas (stdcall, exportc, dynlib).

You need to also call NimMain from your DllMain to initialize Nim's garbage collector. (Very important, otherwise your computer will literally explode).

You can make an XLL (an Excel DLL, imagine that) with an auto open function that can be used for payload delivery. The following code creates a simple for an XLL that has an auto open function and all other boilerplate code needed to compile as a link library. The POC compiles as a DLL, you can then change the extension to .xll and it will open in Excel and run the payload when double clicked:

There are many other sneaky things that can be done with XLLs. See more examples of XLL tradecraft here.

Taken from the Nim's FAQ page

Additionally, I've found you can squeeze a few more bytes out by passing --passc=-flto --passl=-flto to the compiler. Also take a look at the Makefile in this repo.

These flags decrease sizes dramatically: the shellcode injection example goes from 484.3 KB to 46.5 KB when cross-compiled from MacOSX!

Huge thanks to @Shitsecure for figuring this out!

By default, Nim doesn't generate PE's with a relocation table which is needed by most tools that reflectively load EXE's.

To generate a Nim executable with a relocation section you need to pass a few additional flags to the linker.

Executable size difference when using the Winim library vs without

Incredibly enough the size difference is pretty negligible. Especially when you apply the size optimizations outlined above.

The two examples pop_bin.nim and pop_winim_bin.nim were created for this purpose.

The former defines the MessageBox WinAPI call manually and the latter uses the Winim library (specifically winim/lean which is only the core SDK, see here), results:

If you import the entire Winim library with import winim/com it adds only around ~20ish KB which considering the amount of functionality it abstracts is 100% worth that extra size:

Because of how Nim resolves DLLs dynamically using LoadLibrary using it's FFI none of your external imported functions will actually show up in the executables static imports (see this blog post for more on this):

If you compile Nim source to a DLL, seems like you'll always have an exported NimMain, no matter if you specify your own DllMain or not (??). This could potentially be used as a signature, don't know how many shops are actually using Nim in their development stack. Definitely stands out. 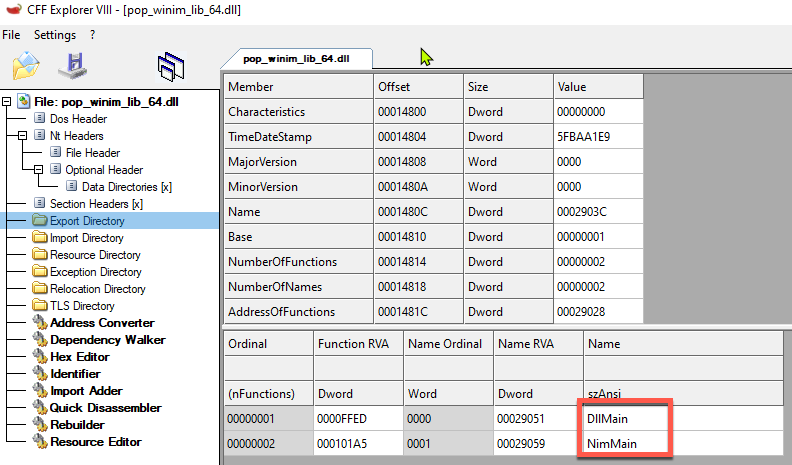 Used it to translate a bunch of small C snippets, haven't tried anything major.

Use the repr() function in combination with echo, supports almost all (??) data types, even structs!

Setting up a dev environment

This repository supports VSCode Devcontainers which allows you to develop in a Docker container. This automates setting up a development environment for you.

VScode will now build the Docker image (will take a bit) and put you right into your pre-built Nim dev environment!

Pitfalls I found myself falling into

Virtual hug to everyone who contributed ❤️