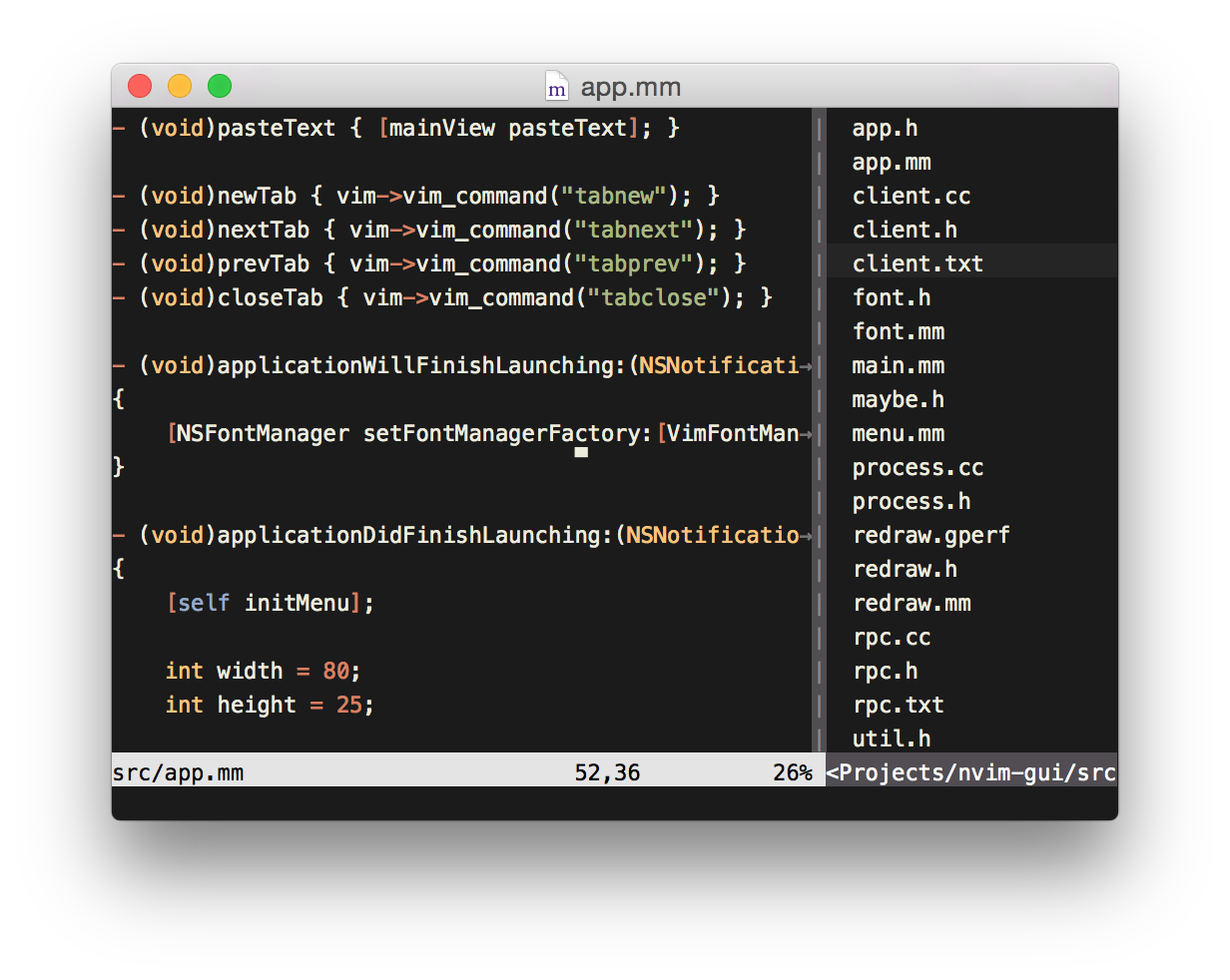 This source code is distributed under the terms of the GNU General Public License, version 3:

This will look for a Neovim executable on your PATH. To specify an executable to use, just set the NVIM environment variable, e.g.:

When the .app bundle is created, Vim's runtime files will be copied into it. By default, the build script asks Vim where its runtime files are, and Vim will probably say they're somewhere under /usr.

If you're setting one of these options, you'll most likely want to set both.

This means your msgpack is out of date. Try:

Homebrew installs things into /usr/local, but the compiler doesn't look there unless you've run:

so try doing that!

Neovim uses the first Python it finds on your PATH. If you've launched Neovim from anywhere other than a terminal, it will only see your system PATH, which probably doesn't have that fancy new version of Python you've installed on it.

To point Neovim at the Python installation you want to use, put this in your .nvimrc: