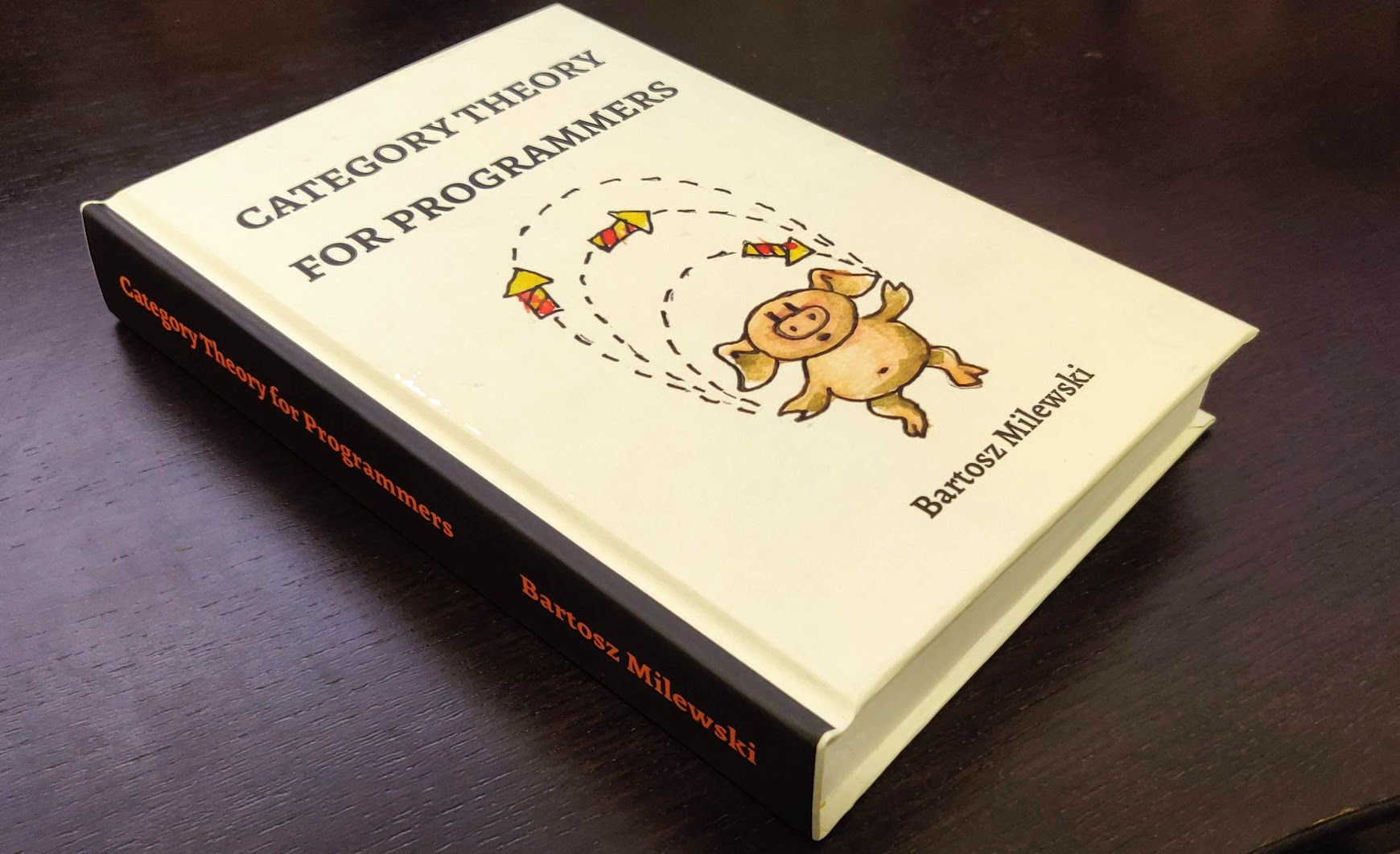 Scala Edition is now available in paperback
Publish date: 12 August, 2019. Based off release tag v1.3.0. See errata-scala for changes and fixes since print.

This is an unofficial PDF version of "Category Theory for Programmers" by Bartosz Milewski, converted from his blogpost series (with permission!)

The best way to build the book is using the Nix package manager. After installing Nix, if you're using a non-NixOS operating system, you need to install nixFlakes in your environment following the steps below (source):

This is needed to expose the Nix 2.0 CLI and flakes support that are hidden behind feature-flags.

Also, if the Nix installation is in multi-user mode, don’t forget to restart the nix-daemon.

Upon successful compilation, the PDF file will be placed in the result directory inside the root directory milewski-ctfp-pdf of the repository.

The file preamble.tex contains all the configuration and style declarations.

PDF LaTeX source and the tools to create it are based on the work by Andres Raba et al., available here: https://github.com/sarabander/sicp-pdf.
The book content is taken, with permission, from Bartosz Milewski's blogpost series, and adapted to the LaTeX format.

Thanks to the following people for contributing corrections/conversions and misc:

Note from Bartosz: I really appreciate all your contributions. You made this book much better than I could have imagined. Thank you!

The script files scraper.py and others are licensed under GNU General Public License version 3 (for details, see LICENSE).