Convert tables stored as images to an usable .csv file

Convert an image of numbers to a .csv file

This Python program aims to convert images of array numbers to corresponding .csv files. It uses OpenCV for Python to process the given image and Tesseract for number recognition. 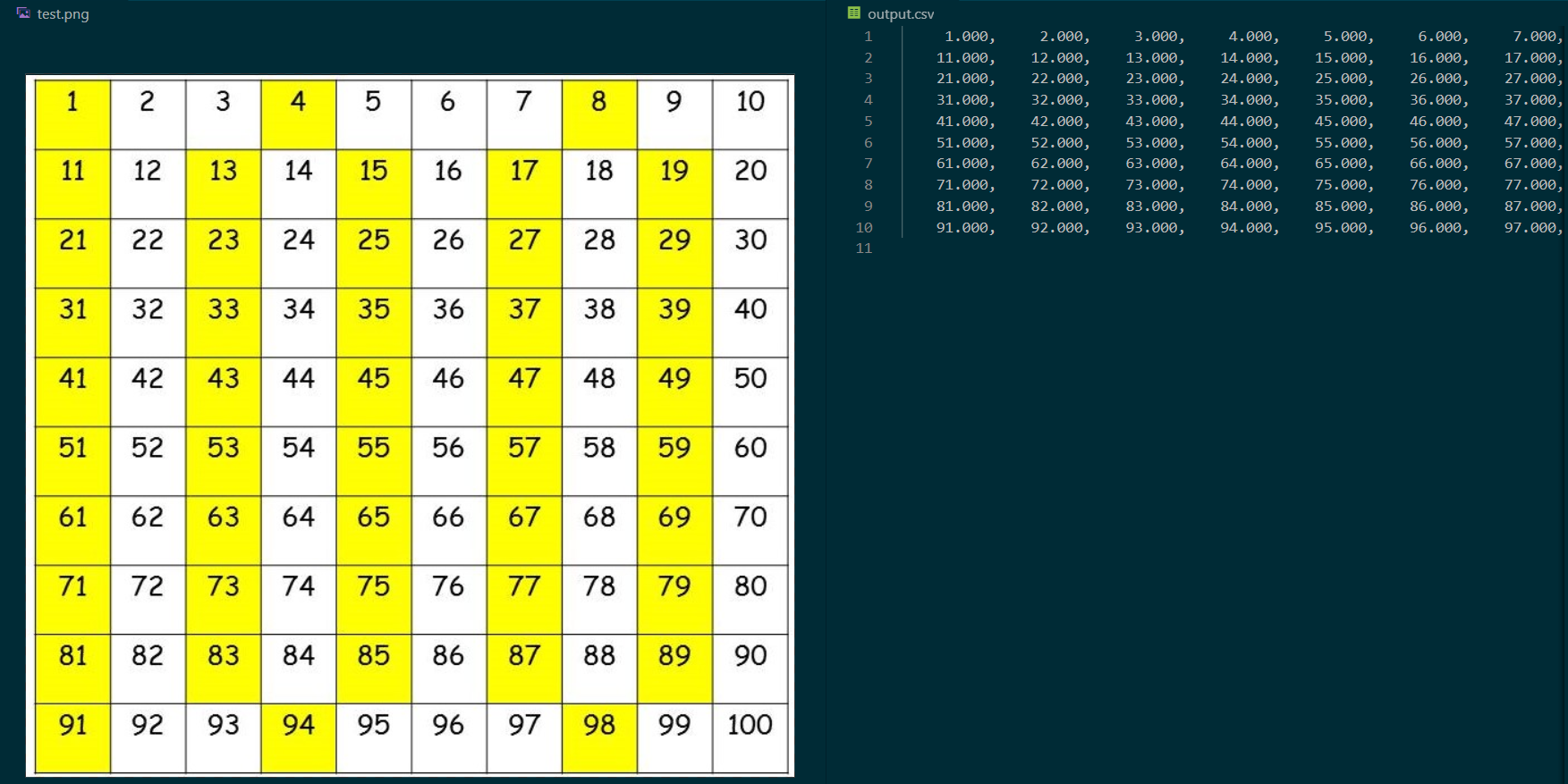 The code is not well documented nor fully efficient as I'm a beginner in programming, and this project is a way for me to improve my skills, in particular in Python programming.

How to use the program

First of all, the user must install the needed packages:

as well as Tesseract.

Then, in a python terminal, use the command line:

There are a few optionnal arguments:

and one can find their usage using the command line:

By default, the program will try to detect a grid automatically. This detection uses OpenCV's Hough transformation and Canny detection, so the user can tweak a few parameters for better processing in the grid_detector.py file.

When then program is running with manual grid detection, the user has to interact with it via its mouse and the terminal :

For the program to run correctly, the input image must verify some hypothesis (just a few simple ones):

At last, this program is not perfect (I know you thought so, with its smooth workflow and simple hypothesis, sorry to disappoint...) and does not work with decimal numbers... But does a great job on negatives ! Also the user must be careful with the slashed zero which seems to be identified by Tesseract as a six.