brew-cask-upgrade is a command-line tool for upgrading every outdated app installed by Homebrew Cask.

Homebrew Cask extends Homebrew and brings its elegance, simplicity, and speed to the installation and management of GUI macOS applications and large binaries alike.

brew-cask-upgrade is an external command to replace the native upgrade by offering interactivity, an improved interface, and higher granularity of what to upgrade.

In order to simply verify that brew cu is correctly installed, you can simply run brew tap command and see if the repo is included:

While running the brew cu command without any other further options, the script automatically runs brew update to get latest versions of all the installed casks (this can be disabled, see options below).

It is also possible to use * to install multiple casks at once, i.e. brew cu flash-* to install all casks starting with flash- prefix. 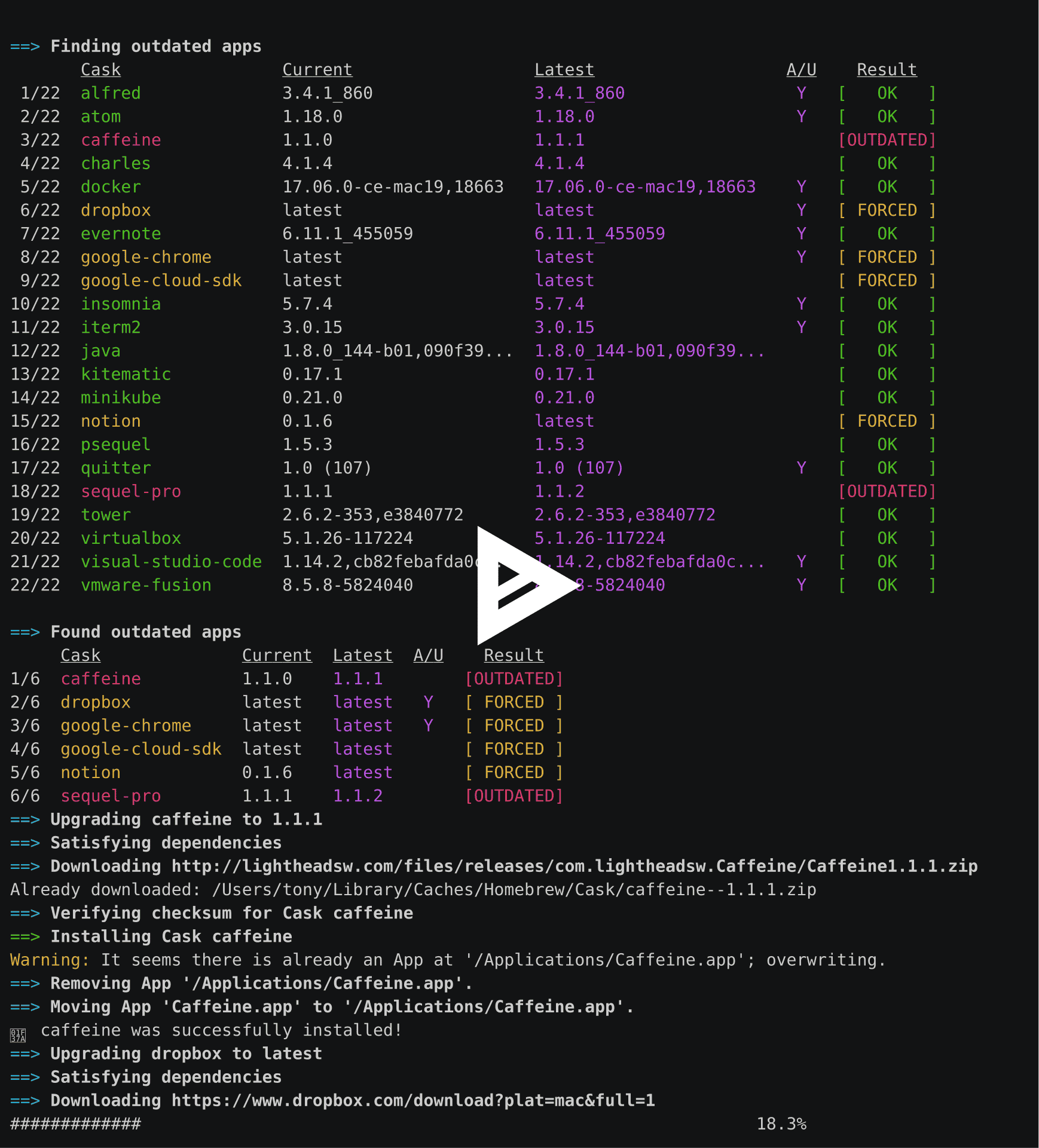 Please note, that if you update the apps using their auto-update functionality, that change will not reflect in the brew cu script! Tracked version gets only updated, when the app is upgraded through brew cu --all.

When using interactive mode (by adding --interactive argument or confirming app installation with i) will trigger per-cask confirmation. For every cask it is then possible to use following options:

Pinned apps will not be updated by brew cu until they are unpinned. NB: version pinning in brew cu will not prevent brew cask upgrade from updating pinned apps.

In order to export backup of your pinned casks into a file, simply pass --export option to the pinned command.

Note: Versions, in which were casks pinned, are not exported as it isn’t possible to install a specific version afterwards.

In order to load the configuration back, use --load option.