This repo contains a selection of projects designed to help you learn the basics of computer graphics. We'll be writing shaders to render interactive two-dimensional and three-dimensional scenes.

Each of these projects aims to introduce an important graphics technique that is extensively used in real-world applications. The code is designed to run in real time on modern GPUs, without requiring any extra software. Feel free to take creative liberties to produce a result that you find aesthetically pleasing!

All of the projects will be developed in a harness that runs the graphics code in a web browser, using a standard technology called WebGL. This allows us to use modern web development tools to iterate quickly and easily share your work with others. However, you will not need to write JavaScript code yourself, as all of the wrapper code has been provided for you.

To get started, make sure that you have Node.js v14+ and NPM installed. Fork this repository, and then clone it to your computer. Then, run the following commands:

Explanation: The first command installs dependencies in the node_modules/ folder, and the second command starts the development server. You can now visit http://localhost:3000/ in your browser. Whenever you change a file and save it, the website will automatically update.

Here is an introduction to each of the projects.

If you are new to graphics or shading languages, I would recommend trying the "quilt patterns" project first. You should also complete "rasterization and shading" before starting the "stylized rendering" and "ray tracing" projects.

This project shows how you can use GPU shaders to render interesting, procedural patterns on a 2D grid. It also serves as a hands-on introduction to the wonderful yet frightening world of GPU shaders. 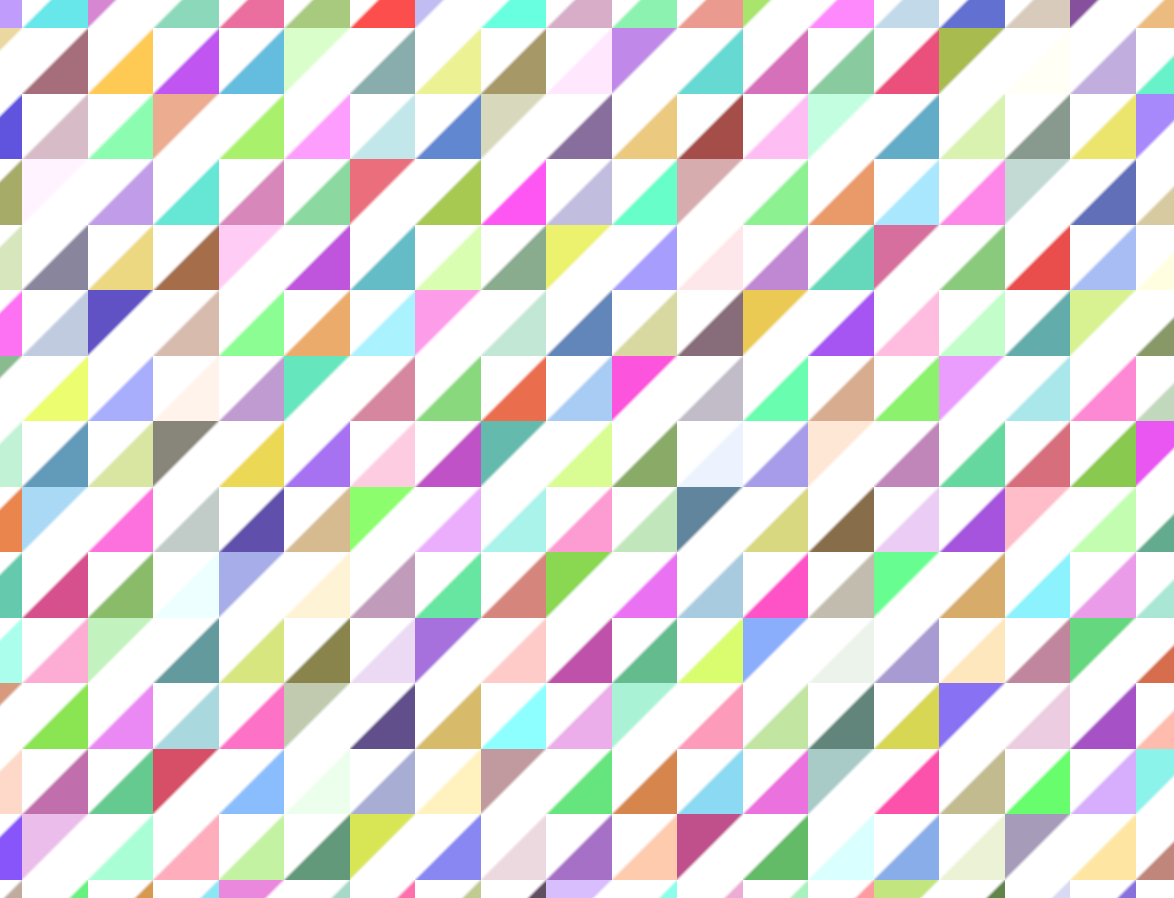 Before starting, make sure that you are able to open the development server. You should see an oscillating color gradient in your web browser.

Feel free to experiment and get creative! For example, add stripes or other shapes besides triangles. If you're looking for inspiration, try doing a Google search for "quilt patterns."

Project skeleton is located in shaders/quilt.frag.glsl.

This project involves generating an organic procedural landscape, similar to what you might see in open world games like Minecraft. 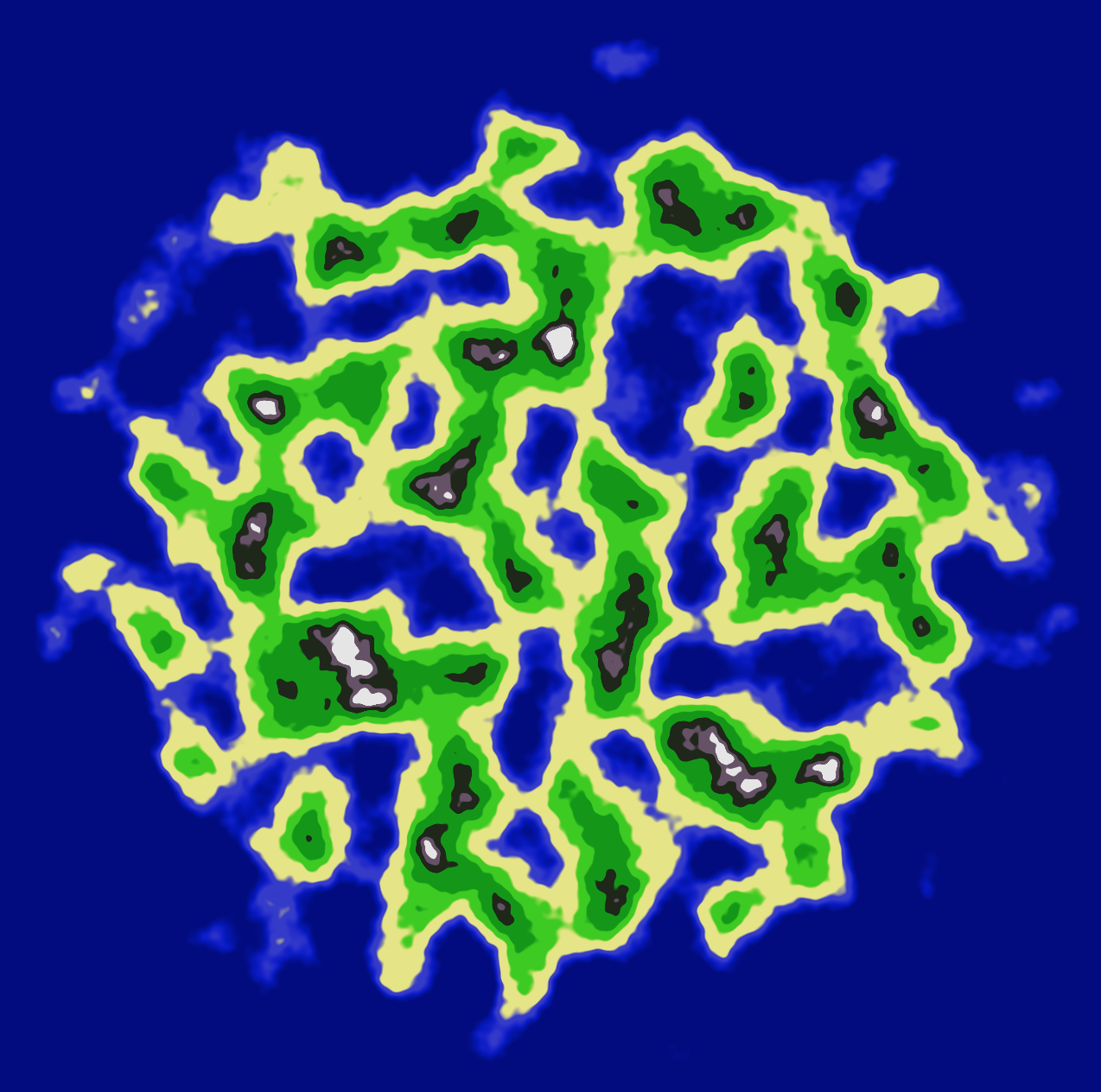 To view in your browser, choose the "project" setting in the controls pane on the top-right and select this project.

Project skeleton is located in shaders/landscape.frag.glsl.

This project renders a 3D triangle mesh using the rasterization method that is very popular in real-time computer graphics. This is the same algorithm that most video games are built upon. 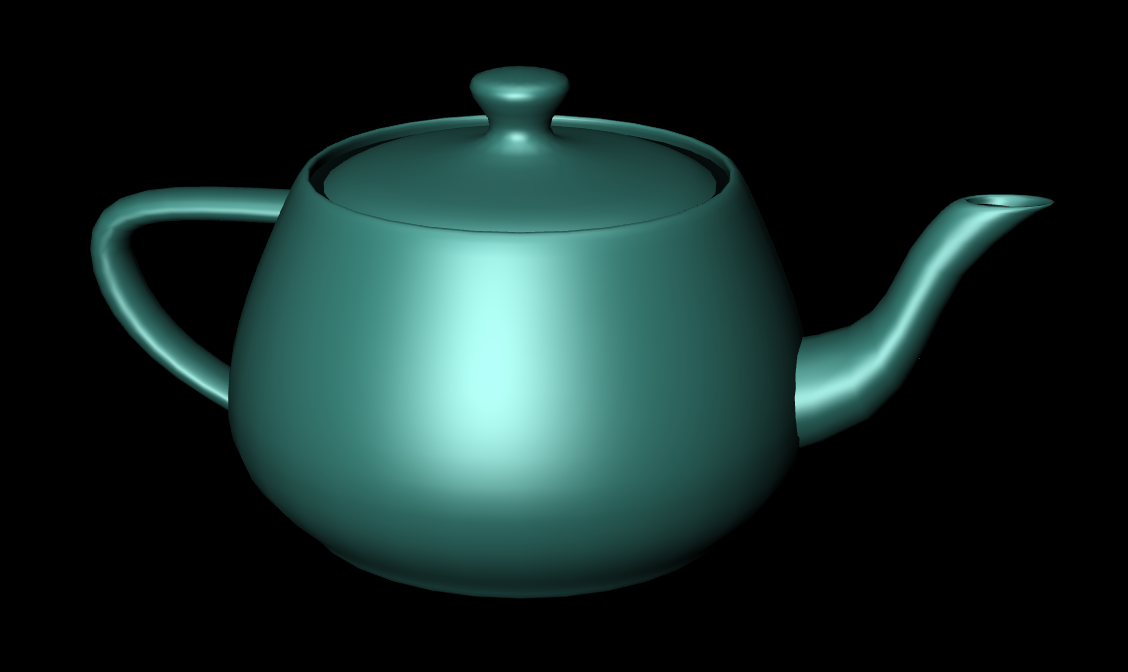 Rasterization works by breaking up a 3D surface into triangles, then drawing each triangle on the screen independently and interpolating variables between them.

Three-dimensional graphics can be much more complex than its two-dimensional counterpart. Unlike in the past projects, the fragment shader will now be evaluated once for each fragment of a triangle, rather than once for every pixel. For this project, we will be focus on shading. See the Scratchapixel article on the Phong illumination model for background reading.

If you're curious to learn more about lighting models, try upgrading your Phong shader to a microfacet model such the Cook-Torrance BRDF. If you do, you may also want to implement sRGB gamma correction.

Project skeleton is located in shaders/shading.frag.glsl.

This project explores stylized rendering, also known as non-photorealistic rendering. This is an area of graphics that gives up being faithful to real life, but enables much more creative expression in mimicking expressive styles. 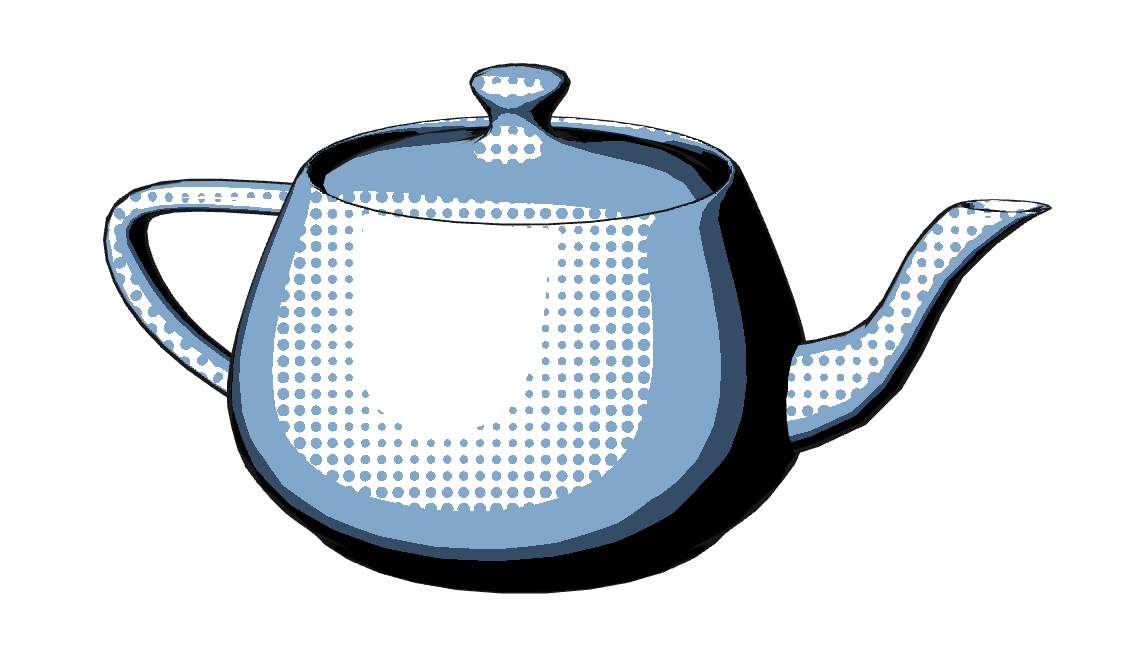 The code for this project is very similar to that of the last rasterization and shading project. However, after doing lighting calculations, we do not output the color immediately. Instead, we discretize it and shade in different styles based on a thresholded value of the luma intensity. Here, we mimic the art style found in comic books.

Project skeleton is located in shaders/contours.frag.glsl.

This project is a real-time ray tracer implemented as a GPU shader. Ray tracing is the gold standard in photorealistic rendering. Here's how the Academy Award-winning textbook Physically Based Rendering describes it:

pbrt is based on the ray-tracing algorithm. Ray tracing is an elegant technique that has its origins in lens making; Carl Friedrich Gauß traced rays through lenses by hand in the 19th century. Ray-tracing algorithms on computers follow the path of infinitesimal rays of light through the scene until they intersect a surface. This approach gives a simple method for finding the first visible object as seen from any particular position and direction and is the basis for many rendering algorithms. 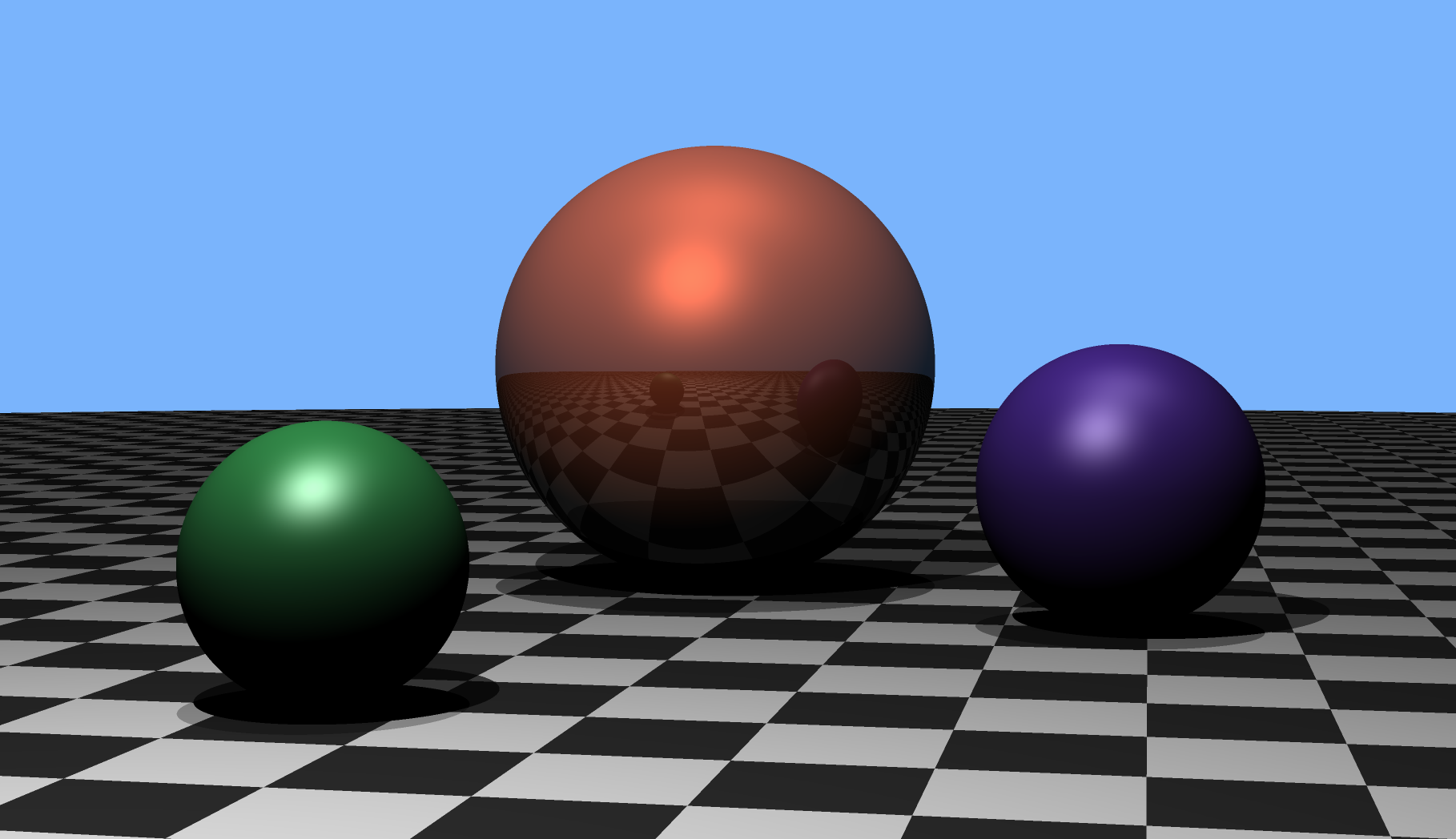 You might find this non-technical introductory video by Disney to provide helpful context.

If you're interested in learning more about ray tracing, check out rpt, which is a physically-based path tracer written in Rust with a lot more features.

Project skeleton is located in shaders/raytracing.frag.glsl.

Open your code editor in one window, and keep the website on the side while you're writing your shader code. It's extremely useful to see what happens to the output in real time as you edit your code. Your browser should instantly update (using Vite's hot module replacement feature) whenever you change a file.

The project has a Tweakpane component in the top-right corner of the screen. You can use this to change what project is being displayed and modify parameters for that display. It persists settings when you refresh your browser.

For 3D projects, the main <canvas> element has an event listener for mouse and touch events, which should allow you to move the camera by clicking and dragging. Data is passed in through the appropriate uniform variables.

When you're done with the workshop, each project should render without errors or visual artifacts, and the outputs should be interesting.

This repository comes with a Continuous Integration workflow (through GitHub Actions) that compiles the code on the main branch, then pushes the built HTML to your repository's gh-pages branch. It lets you share a web link that updates whenever you push code changes.

If this isn't enabled already, go to the "Pages" section under the "Settings" tab of your repository and set the deploy target to the gh-pages branch. Then, after the next git push, you will be see your work at https://<YOUR_USERNAME>.github.io/graphics-workshop/.

If you're stuck debugging OpenGL shaders, try setting gl_FragColor to the result of an intermediate variable and visually examining the output.

If there's a function you're confused about, you can search online through the Khronos documentation. You can also try reading The Book of Shaders, which is an excellent technical resource.

ShaderToy is an online community for creating and sharing shaders through WebGL, and you should feel free to take inspiration from their featured demos.