You can use goxel to create voxel graphics (3D images formed of cubes). It works on Linux, BSD, Windows and macOS.

The last release files can be downloaded from there.

Goxel is also available for iOS and Android. 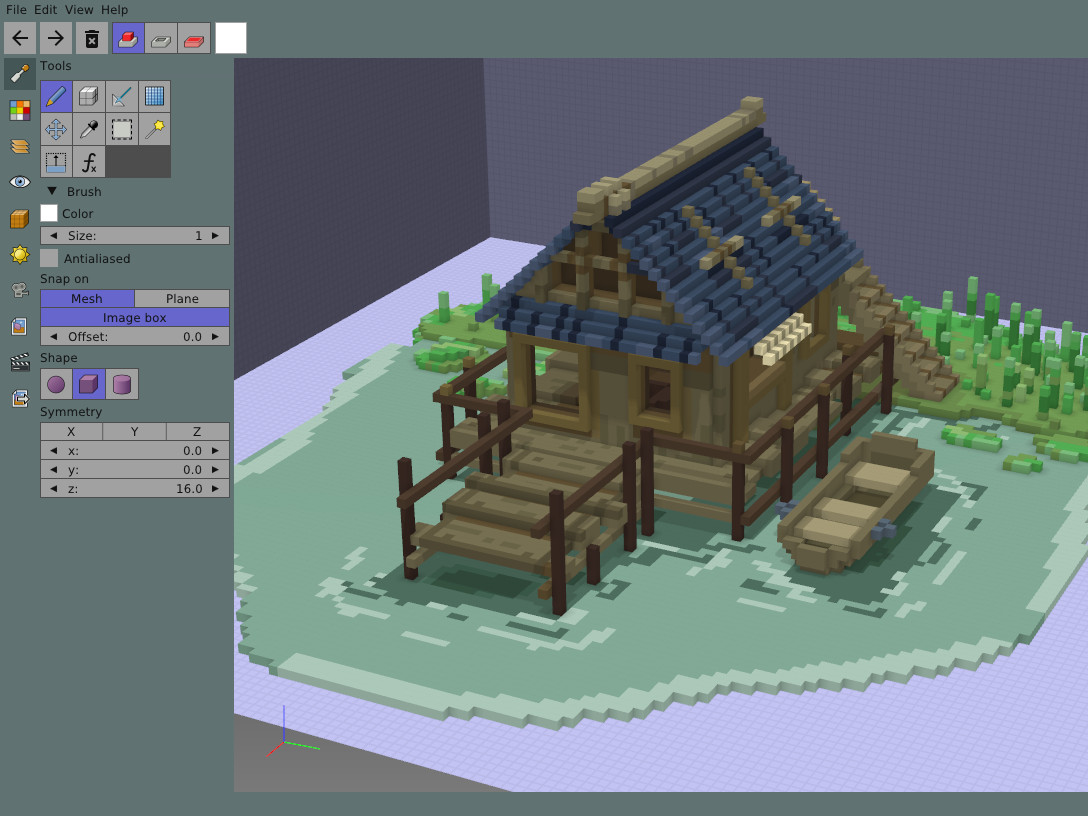 Fisherman house, made with Goxel by Thibault Simar

Goxel is released under the GNU GPL3 licence. If you want to use the code with a commercial project please contact me: I am willing to provide a version of the code under a commercial license.

The building system uses scons. You can compile in debug with 'scons', and in release with 'scons mode=release'. On Windows, currently possible to build with msys2 or try prebuilt goxel package directly. The code is in C99, using some gnu extensions, so it does not compile with msvc.

Then to build, run the command:

You need to install msys2 mingw, and the following packages:

In order for your contribution to Goxel to be accepted, you have to sign the Goxel Contributor License Agreement (CLA). This is mostly to allow me to distribute the mobile branch goxel under a non GPL licence.

I you feel like it, you can support the development of Goxel with a donation at the following bitcoin address: 1QCQeWTi6Xnh3UJbwhLMgSZQAypAouTVrY