Universal Deck Tracker for collectible card games such as The Elder Scrolls: Legends and Eternal

Automatic in-game Deck Tracker for collectible card games such as The Elder Scrolls: Legends and Eternal. Unlike all other trackers for these games, this one does not modify game files so it is compliant with Terms of Service agreements. Using trackers that modify game files might get your account banned. As an additional benefit it doesn't break when the game update is released.

This tracker also tries to automatically classify the archetype of the decks you were playing against so that winrates are displayed separately per deck type. This algorithm is work in progress and the configuration file that specifies all deck types is located here. Feel free to suggest improvements to it.

Check out this video by @TESLegendsCentral for setup guide or follow the instructions below. 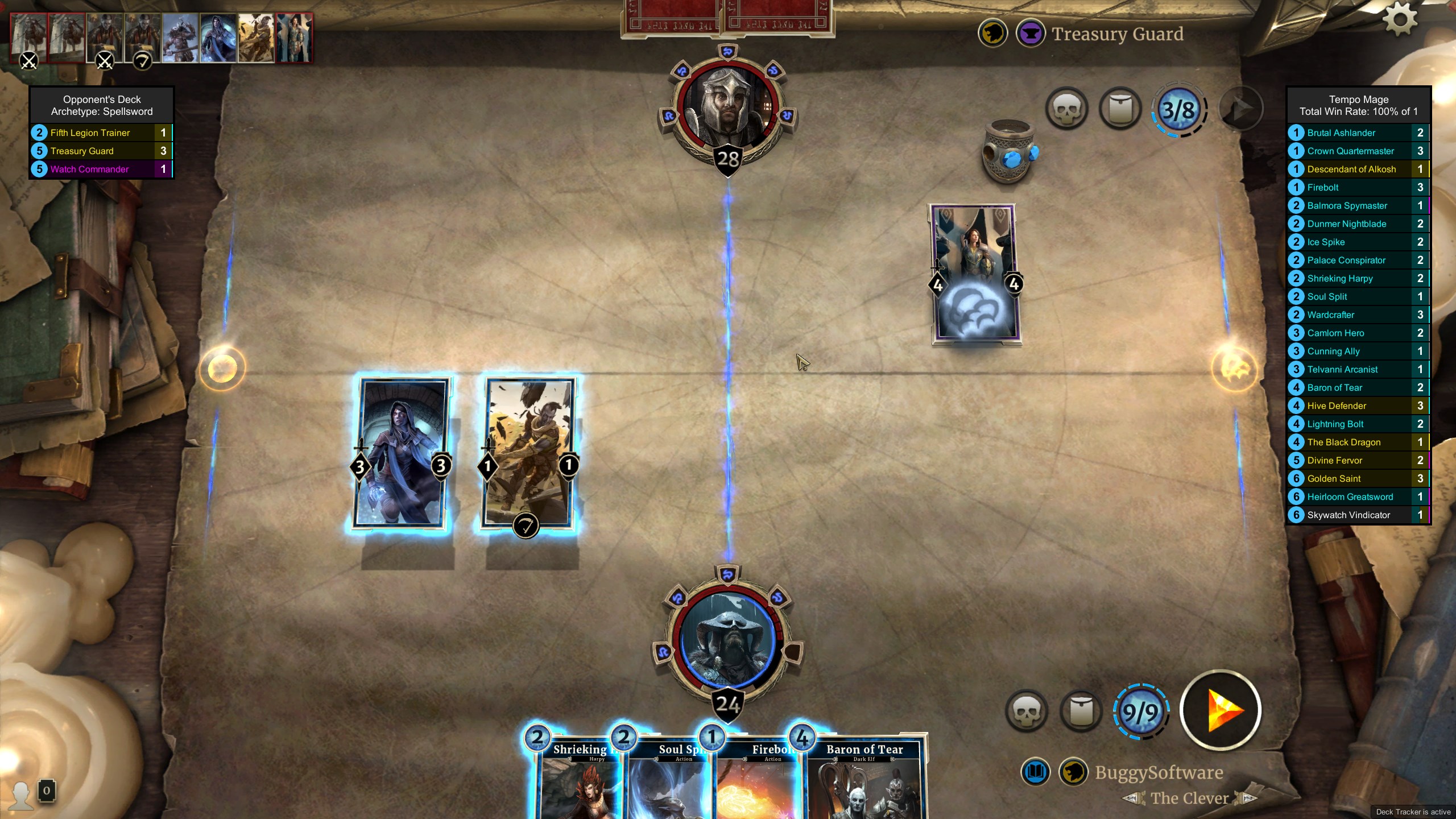 There are two options:

Use the standard Windows Add or Remove Programs window and find Universal Deck Tracker closer to the end of the list.

Those are probabilities of the next card draw. Colors in the first row match card color. Second row: for Eternal - Power, Unit, Spell, Item; for TESL - Creature, Action, Support, Item. Third row: three most popular keywords. You can turn the footer on/off by pressing F6.

Resizer area is a strip located along the right side and also along the bottom side of the deck list. Drag and drop in that area to resize.

Create or update C:\Users\{profile}\AppData\Local\UniversalDeckTracker\decktypes.txt file. If you like your changes, please contribute back to the community by sending a pull request. Link to default list: here.

Yes, it automatically uploads game replays for aggregation and metagame analysis. Nothing else is shared.

Please open the issue and describe the problem and the steps to reproduce it. If the problem is visual then please also include screenshots.

In some cases it is also necessary to attach debug log files. To enable debug logging launch the tracker with --debug command line parameter. You can either update the desktop shortcut to include this parameter or use command line. Debug logs will be available at C:\Users\{profile}\AppData\Roaming\UniversalDeckTracker location and have *.log extension.

If you love the project and would like to see it improved, please consider making a one-time donation or show your continuous support.