This is a unofficial canary version of Android Studio Arctic Fox on the Apple Silicon. (e.g M1 Chip) 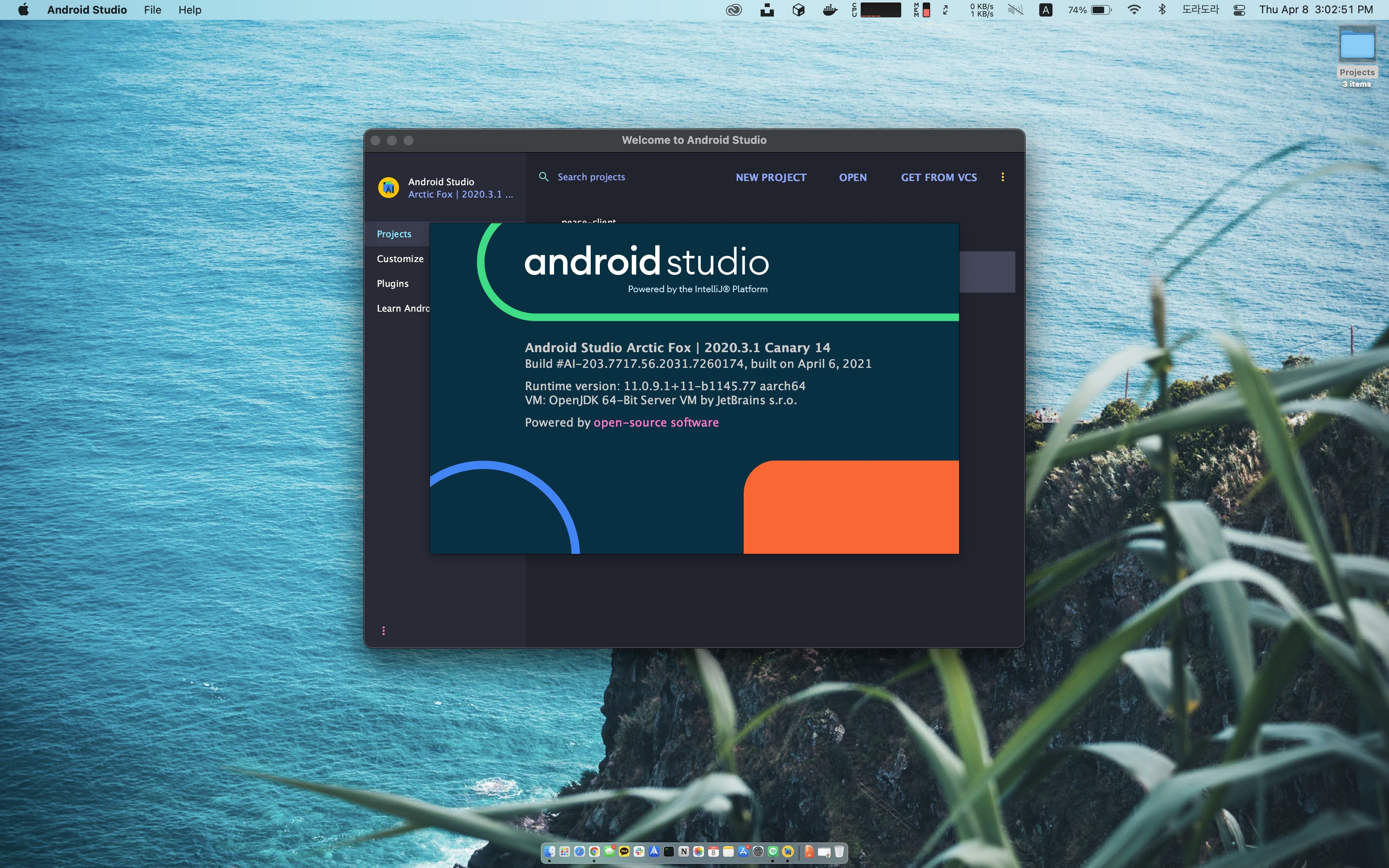 Not working (still may issue)

This project is not official. I started this project because Android Studio (Intel) was too slow in my Apple Silicon environment. It will be updated weekly until Google officially supports Apple Silicon.