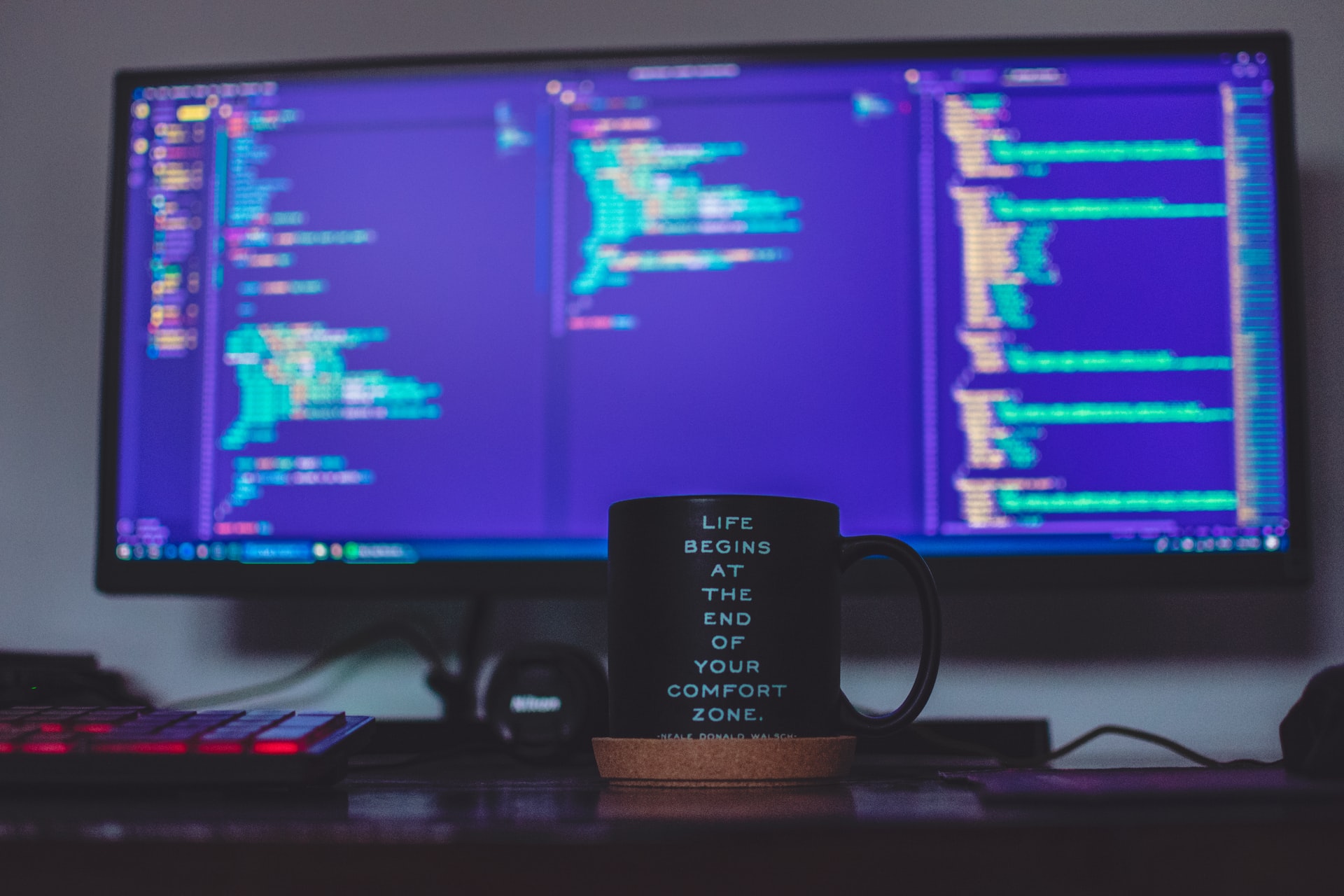 Whether you are an aspiring programmer, or a tech enthusiast looking to have a solid history of the various programming languages, you are in the right spot. As experts in the computing world, we are going to demonstrate in excruciating detail the evolution of computer programming over the years. So, peruse the article and enhance your knowledge!

So, when was the first programming language invented?

The first programming language was invented by Lovelace Ada in 1843. Chiefly known for her work on Babbage’s proposed mechanical general-purpose computer device, the analytical engine, Lovelace was the first to realize that the device had calculations beyond pure calculation, and went ahead to publish the first algorithm meant to be carried out by this machine. As a result, Ada is usually regarded as the pioneer of computer programming. And while programming languages have undergone tremendous evolution since then, it is important to know and acknowledge their origin.

Ada created the first-ever machine algorithm for Babbage’s mechanical computer device; the analytical engine laying the foundation for every other programming language. Whereas Babbage was primarily concerned with computing numbers, Ada discovered that the numbers the machine worked with could potentially represent something other than just amounts of things, prompting her to invent an algorithm for Babbage’s analytical engine.

Somewhere between 1942 to 1945, Zuse Konrad designed arguably the first high-level programing language for computer devices known as Plan calculus or Plankalkul. Zuse’s programming language supported the creation of procedures, which stored huge amounts of codes that could be manipulated simultaneously to conduct a variety of routine operations.

This is essentially a type of low-level coding language intended to communicate directly with a machine’s hardware. As opposed to machine language, which features a hexadecimal and binary character, an assembly language is designed to be readable by human users. Simply put, it is a programming language that somehow translates high-level languages into readable machine language.

During the same period, a Short-order code programming language was also invented, becoming arguably the first high-level language. While it was McCauley John’s idea, William Schmitt was actually the person who implemented it for the BINAC device and subsequently for UNIVAC a year later.

Autocode is a general name used to describe a family of simple coding systems. Initially invented by Glennie Alick for use by the Mark One computer at Manchester University, Autocode was the first-ever computer coding language to be translated directly into computer code using an application referred to as a compiler. Besides the Mark 1, this particular programming language was also used on the Sirius as well as Ferranti early computers.

This is simply an all-purpose, compiled computer coding language that is particularly ideal for numeric computation as well as scientific computing. Designed by John Kackus, this coding language is arguably the oldest programming used today. In fact, it is still used even in some of the world’s highly advanced supercomputers. To be more precise, FORTRAN is used in computationally intensive areas including computational fluid dynamics, numerical weather prediction, finite element analysis, and computational chemistry, among others.

Commonly referred to as ALGOL, this particular coding language was designed and created by a joint committee of European and American computer experts. It is worth mentioning that the Algorithmic language paved the way for the creation of some of the most important coding languages such as Java, Pascal, C as well as C++.

Popularly known as LISP, this programming language is the second-oldest high-performance coding language. Only Fortran is older, by a year. It was developed by John McCarthy while he was at the MIT, Massachusetts Institute of Technology. As one of the oldest coding languages, LISP pioneered numerous ideas in computer science, such as automatic storage management, higher-order functions, conditionals, dynamic typing, recursion as well as the self-hosting compiler, among others.

Developed by Hopper Grace Murray, COBOL is an imperative, object, and procedural-oriented computer coding language specifically designed for use in business applications. It is primarily used in finance, business as well as administrative systems for both organizations and governments. To be more precise, COBOL is the coding language behind many ATMs, credit card processors, hospital signals, cell and telephone calls, and traffic systems. Today, it is used for banking as well as gamification systems. Specifically designed for transaction functions, COBOL programs help manage government pension funds, run payroll programs, book airline tickets, manage hotel bookings, and much more!

This was developed by a group of students at the College of Dartmouth. It is imperative to note that the coding language was crafted for learners who didn’t boast a robust understanding of computers or mathematics. BASIC was further improved by renowned Microsoft developers Paul Allen and Bill Gates and thereafter became the first marketable product of the organization.

This was created as a learning tool for coding systems, implying that it was somehow easy to learn. It was created by Wirth Niklaus, who gave it the name PASCAL to honor the renowned French mathematician, Blaise Pascal. Thanks to its ease of use and power, PASCAL was extensively used by tech giant Apple in the company’s early days.

Smalltalk is a dynamically typed and object-focused reflective coding language. It was developed as the language underpinning the new era of computing exemplified by human-computer symbiosis. It was created partially for educational purposes, specifically for constructionist learning, at the LRG (Learning Research Group) of PARC Xerox by a number of scientists, Kay Alan, Diana Merry, Ted Kaehler, Adele Goldberg, Dan, Ingalls, and Scot Wallace, among others. Leading firms such as Logitech, Leafy, and CrowdStrike say they use this particular coding language in their tech stacks.

Created by Ritchie Dennis at the Bell Telephone Laboratories, the C programming language was to be used by the Unix Operating System. It was named C simply because it was an improvement from an earlier coding language known as B. it is worth noting that numerous current popular coding languages such as JavaScript, Java, PHP, and Python are derivatives of C. some notable global organizations that still use C include Google, Apple, and Facebook.

Created by IBM researchers Chamberlain Donald and Raymond Boyce, SQL was primarily used for viewing as well as altering information stored in databases. Today, this programming language is popularly known as SQL, which is an acronym for Structured Query Language. There are many firms across the globe that use it, including Accenture and Microsoft.

Currently, among the ten best programming languages, this coding language was created by Bjarne Stroustrup when he modified the C coding language at the Bells Laboratories. It is simply an extension of C with a number of enhancements such as templates, virtual functions, and classes. It is used in Adobe Photoshop, MS Office, game engines as well as other high-performance-based software.

Created by Tom Love and Cox Brad, Objective-C is the major coding language used to write software for iOS, macOS as well as Apple’s operating systems.

This is another high-level, general-purpose coding language that was developed by Larry Wall. Initially designed as a scripting coding language for text editing, Perl is today extensively used for numerous applications, including database applications, CGI, network programming, system administration as well as graphic coding.

This is an all-purpose programming language that was named after Haskell Curry Brooks, an American mathematician and logician. It is an exclusively mathematical coding language that is used across several industries, particularly those dealing with complex calculations, number-crunching, and records.

Designed and created by Guido Van Rossum, Python is a top-notch, general-purpose programming language intended to support a plethora of coding styles and offer ease of usability. To this day, Python remains arguably the most popular coding language globally, used by tech giants such as Google, Spotify, and Yahoo.

A product of Microsoft, Visual Basics allows coding experts to use a drag-and-drop style of selecting and altering pre-chosen chunks of codes via a graphical user interface. While this coding language is nowadays not extensively used, tech giant Microsoft still uses portions of it in many of its applications such as Access, Excel as well as Word.

Developed by Matsumoto Yukihiro, Ruby is a high-level, interpreted coding language. It is a highly dynamic and open-source language with a primary focus on simplicity as well as productivity. It boasts an elegant syntax that is very easy to read and write.

This is another general-purpose, high-level coding language that was developed by Gosling James. Java boasts a cross-platform functionality and is currently one of the world’s most popular coding languages. It has a variety of functions, including computer devices, parking meters, and smartphones.

Initially referred to as Personal Home Page, PHP (Hypertext Preprocessor) was created by Lerdorf Rasmus. PHP’s primary applications include creating and maintaining website pages and as server-side development. Global companies that use PHP in their operations include Joomla, Digg, Wikipedia, WordPress, and Facebook.

This was designed by Eich Brendan and is mainly used for PDF documents, dynamic website development, website browsers as well as desktop widgets. It is worth noting that nearly all major sites use JavaScript.

Developed by tech giant Microsoft with the primary intention of merging the unique computing prowess of C++ with the ease of usability of Visual Basics, this fantastic coding language is solely based on C++ and is strikingly similar to Java. C# is used in nearly all Microsoft products.

Scala was created by Odersky Martin and integrates organized object-oriented coding with mathematical functional coding. Its seamless compatibility with Java makes it ideal for Android development. Several companies across the globe use Scala in their tech stacks, including Netflix, Twitter, Linkedin, just to name a few.

Extracted from Java, this coding language was designed by Bob McWhirter and James Strachaman. It boosts productivity because it is concise and equally easy to use. Major companies that use Groovy include Transferwise, Starbucks, and Craftbase.

This was created by Google to help solve the problems that occur because of large software systems. Thanks to its compact, simple and futuristic design, Go has gained lots of popularity among the biggest firms across the globe, including Uber, Twitch, Google, and Dropbox.

This was created by Apple to replace other programming languages such as C, C++, and Objective-C. it was meant to be easy to use and also reduce the likelihood of errors. Thanks to its nearly unmatched versatility, Swift can be used for both mobile, desktop, and could applications.

What ancient coding languages are still in use even today?

As you may have realized, nearly all programming languages have a lifespan’, implying that there will come a time when they will never be used. And this often happens because of the ongoing advancements in the programming world. However, there are certain languages that are still used today by IT gurus even though they are relatively old, including:

So, what is the most popular coding language today?

While all the programming languages discussed here are useful in one way or another, some are clearly more popular than others. A recent study revealed that JavaScript, SQL, Java, HTML, and NET/C# are leading in popularity in that order.

Computer programming is no longer something that only geeks and seasoned hackers appreciated and has since evolved into a highly revered and coveted profession that boasts its own unique history. And while knowing the history of programming isn’t a requirement for attending a programmer course and becoming a full stack web developer, it is still an important subject every aspiring computer programming expert must know. We believe we have provided you with nearly everything you needed to know about the history of coding languages!